Agriculture – the lifeblood of humanity 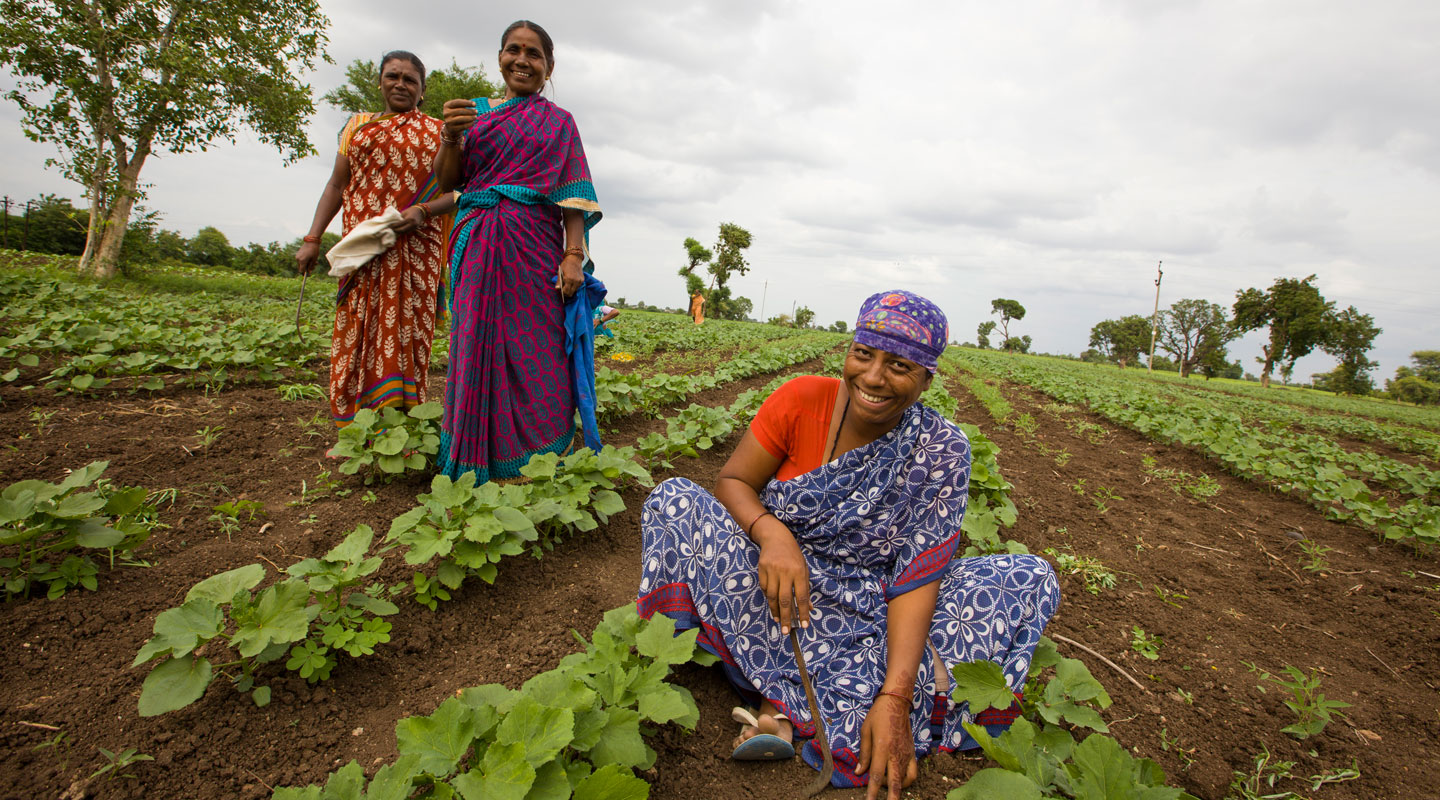 Although our world continues to urbanise at an alarming rate, with PwC estimating that roughly 1.5 million new people become part of the global metropolitan population every week, there’s no getting away from the fact that agrarian activities will always be necessary.

And that is no bad thing. Aside from the simple fact that people need to eat, agriculture remains a crucial function in the economies and societies of countless countries around the world; in tackling climate change, creating jobs, supporting communities, building agritourism, reducing hunger and bolstering food security.

Indeed, its role is no more pronounced than in Asia’s second most populated country.

“Agriculture has always been vital to India,” explains Gilbert Houngbo, President of the International Fund for Agricultural Development (IFAD) and former Prime Minister of the Republic of Togo.

“Despite rapid urban growth, nearly two thirds of its people continue to live in remote regions and depend on agriculture for their livelihoods. It’s a large part of the reason why the past 50 years has seen dramatic improvements in national output.

“The production of food grains increased from 51 million tonnes in 1950-51 to 283 million tonnes in 2018-2019. And as a result, India has been able to transition from a food aid dependent country to a net exporter of its own produce.”

These figures are undeniably impressive. Yet that is not to say that the sector is no longer a challenging one.

While India accrued a $14.6 billion trade surplus from agricultural, fishery and forestry goods in 2018, the local government is consistently having to make bold investments into agrarian reforms and focus on farmer welfare.

Meanwhile, making agriculture more remunerative and attractive for young people, balancing productivity with heightening environmental concerns and moving beyond food security into the realm of nutrition security are all becoming increasingly pressing matters.

The burdens are as vast as the benefits. But that’s where IFAD, an international financial institution and specialised agency of the United Nations, steps in to help.

“We strive to build the capacity of farmers and help them to seize market openings with the goal of doubling their incomes. Many of the projects we support facilitate innovative partnerships between farmers and private companies through a variety of activities, whether that’s developing the livestock sector and fisheries, promoting women-led enterprises, introducing agricultural technology, or supporting an overall shift from subsistence to market-oriented and climate-resilient agriculture.”

This latter bracket is particularly challenging and unpredictable right now.

There’s no escaping the growing realities of climate change, the devastating bushfires that desolated more than 10 million hectares of Australia earlier this year just one of the numerous outcomes precipitated by increasingly destructive weather patterns.

Farmers in India likewise are grappling with the effects of global warming, the country’s geological diversity making this a highly complex task. However, testament to the efforts of IFAD and others, critical investments and new technologies are bearing some fruit in the fight.

“During my recent visit to India I was impressed to hear about the National Innovations in Climate Resilient Agriculture (NICRA) project launched by the Indian Council of Agricultural Research,” Houngbo reveals.

“The project is analysing specific villages and, through the use of research and technology, predicting and mapping the types and level of risk of climate change events. They are then using this information to help build farmers’ resilience to climate variability and extreme weather events by providing a range of climate-smart practices, technologies and hands-on support.”

But what of IFAD itself?

Having already delivered everything from female empowerment programmes to rural credit projects and assisted development in India’s Himalayan communities, the organisation is now pursuing eight ongoing projects that also include initiatives dedicated to confronting climate change.

The first of these is the Fostering Climate Resilient Upland Farming Systems in the North East (Mizoram and Nagaland States) Project.

Here, local farmers have been using a cultivation system known as ‘jhum’ that is becoming increasingly unsustainable due to a rising population, soil fertility degradation, topsoil erosion and changing climate patterns.

In order to tackle this accumulation of issues, IFAD and its funding partners have earmarked $168.5 million to provide farmers with more productive and sustainable jhum cultivation practices, assist jhumia communities in adopting alternative farming systems and improve market access and value chain development, directly benefitting a total of 201,500 households.

Meanwhile, the Andhra Pradesh Drought Mitigation Project is expected to be similarly impactful.

Smallholders in the Rayalseema region and Prakasam area of Andhra Pradesh are affected by vulnerability to drought and depletion of groundwater resources in a context of climate variability.

It is often the niche and specific nature of these projects that connect with the local populace, IFAD tailoring its projects to those that need its assistance most. And while reception is critically important to ensuring the longevity and sustainability of each investment, the logic behind this strategy is likewise sound.

“With 1.35 billion inhabitants and a population growth rate of approximately 1.2 percent per year, India is poised to become the world’s most inhabited country by roughly 2028,” Houngbo explains.

“Since nearly half of India’s adult population works in farming and its related sectors, improving the lives of rural dwellers is essential to achieving the Sustainable Development Goals, particularly goal one (no poverty) and goal two (zero hunger).

“Agricultural development is one of the most powerful tools for ending extreme poverty and chronic undernutrition. It is well documented that growth generated by agriculture is more effective in reducing poverty than growth in any other sector.”

Indeed, the World Bank suggests that this impact is often two, even three times greater in most cases, reaffirming the monumental importance of IFAD’s sizeable efforts.

“That said, it is good to remember that developing both on-farm and off-farm economic opportunities is key to transforming rural areas and leaving no one behind,” Houngbo states as he turns to the future.

“We are optimistic that by empowering rural areas, connecting rural villages to markets, helping rural men and women to access technology, training and financial services and promoting sustainable and climate-resilient agriculture, we can make a difference.

“IFAD's mission won’t change. But as the aspirations of the rural poor change and the world of development assistance undergoes transformation due to competing demands globally, we must adapt.

“For this reason, we are right now trying to find bigger, better and faster solutions to ending hunger and poverty.”

Find out more about IFAD in India

This article was originally published in Asia Outlook