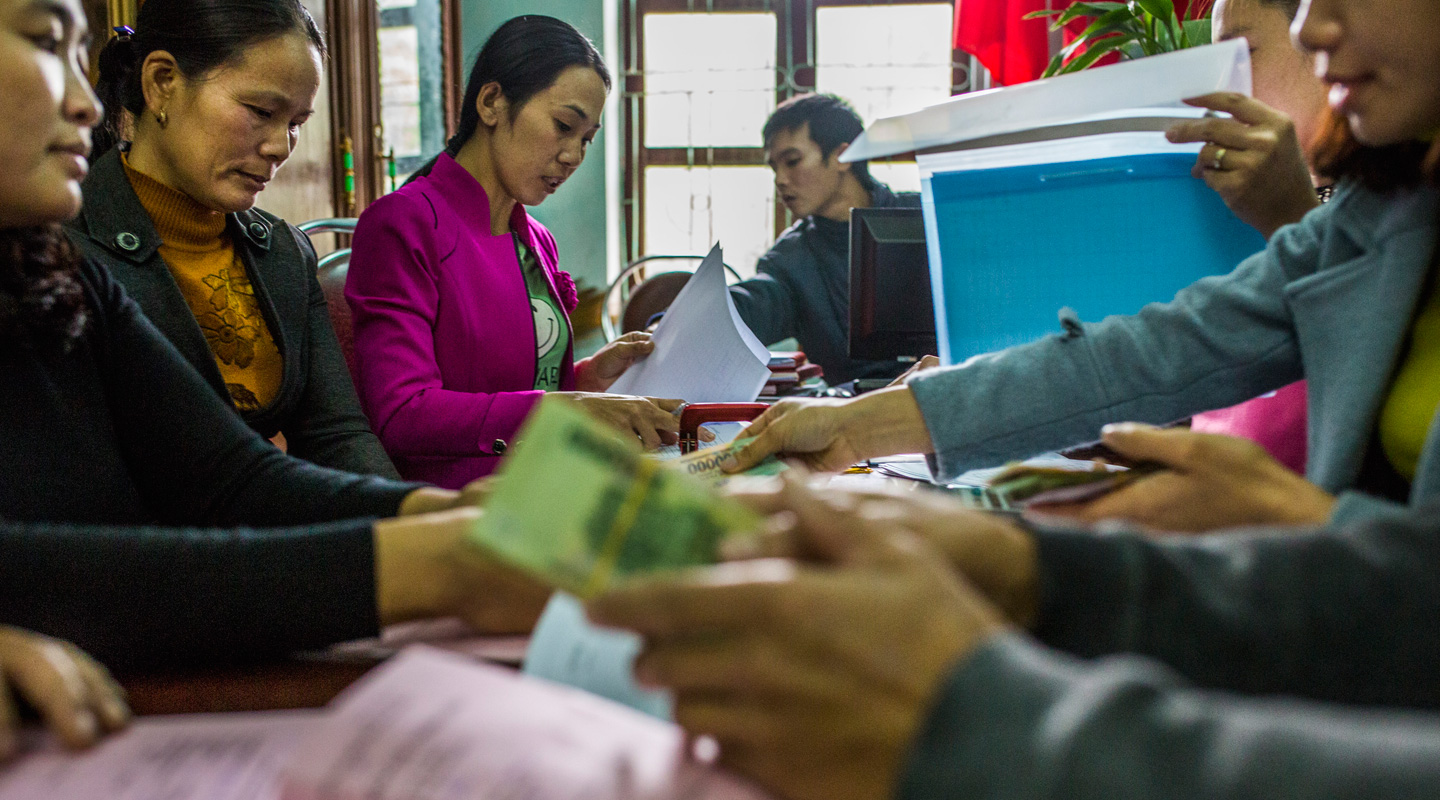 Between sowing their seeds and selling their harvest, smallholder farmers in developing countries face a multitude of potentially devastating risks. In Viet Nam, as in countries around the world, many of the most severe threats are climate-related, including storms, floods, excessive heat, frost and drought.

The countries of the Asia Pacific region are particularly exposed to the climate crisis. By 2030, the region is expected to see temperature increases of as much as 2º C, together with a global rise in sea level of up to 16 centimetres.

Despite the many risks to their livelihoods, agricultural insurance is not widely used by the Viet Nam’s 8.6 million small producers, although it has been available for over 30 years through both public-sector driven and private-sector led schemes.

Following Viet Nam’s recent National Agriculture Insurance Pilot Program (NAIPP), which ran from 2011-2014, it was concluded that lack of farmer awareness and trust were two key reasons behind the low take-up of insurance options, despite high levels of government subsidy for agriculture insurance premiums.

IFAD is now working in partnership with the Government of Viet Nam to strengthen the supply of agricultural and climate risk insurance for small producers, and to boost farmer demand and uptake through education and awareness raising. The collaboration is within the framework of Decree 58, which directs the Government to work with the insurance sector to provide agricultural insurance to poor and near poor smallholders.

Training for trainers began in June 2021 with a total of 67 participants, 60 per cent of whom were women. A second one-day session is scheduled for 4 November 2021. The training is hybrid – both online and in-person. The focus is on reaching professionals from the 19 provinces currently targeted, including extension workers and focal points working with farmer cooperatives.

Farmer-friendly teaching materials have been developed, together with an insurance manual for trainers.

The three pamphlets for farmers cover the basics about insurance for rice, livestock and agriculture. They explain how insurance works, what the products cover and what they don’t, and clearly set out potential benefits and limitations. They detail how insurance premiums are established – that costs are higher in higher-risk areas. And they underline the importance of good farming practices and other types of agriculture risk management in order to be eligible for insurance, and to potentially reduce premiums. How to enrol in the schemes, how to access premium subsidies and how to make a claim are clearly explained.

The guidance manual for trainers takes a deeper dive, which includes setting out the pros and cons of insurance for small producers. And it provides a list of FAQs to enable trainers to fully support farmers in taking informed decisions about buying insurance.

“The technical assistance from IFAD has come to us at the right time as we are formulating the National Agriculture and Rural Development Strategy 2021 -2030 with Vision to 2040,” said Dr Tran Cong Thang, Director General of IPSARD. “The agriculture insurance development strategy recommended by IFAD is one of the important elements of this National Strategy.”

Insurance makes it easier to do business

A key message for farmers is that insurance is valuable even when it doesn’t pay out. Being insured makes it easier for producers to take out loans and to buy improved inputs. It also makes it easier to do business with other value chain actors, including off-takers. When a loss or damage does occur, insurance payouts can be used to buy food, pay bills, make repairs and reinvest for faster production recovery.

As part of the Government’s drive to increase smallholder take-up of insurance, new targeted products are on offer. Currently, government subsidized insurance caters for smallholders growing rice, raising buffalo and cows, and farming shrimp. Other food and cash crops, including rubber, pigs, poultry and coffee, may be covered by subsidized insurance in the future. Satellite-based yield index insurance has been adopted as the most cost-effective model for crops at present.

Viet Nam is winning the battle against poverty; 4.5 per cent of the population were living under the multidimensional poverty line in 2020, down from 9.9 per cent in 2016. Despite the sustained progress and a vibrant agricultural sector, poverty remains predominantly rural, with ethnic and minority groups worse affected. Increased investment in rural and remote areas, which can be fostered and protected through insurance, is key to ensuring that no one is left behind.

Find out more about insurance.