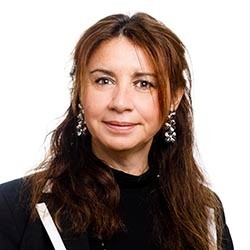 IFAD often works in fragile contexts, where scarce resources and pre-existing tensions can increase the risk of local conflict. Our projects build rural prosperity and sustainable development – two elements that are key to reducing conflict.

We used Geographic Information System (GIS) methods, which are a way of combining spatial data (like satellite observation) with other datasets, to assess the impact of IFAD-supported projects on the likelihood of conflict in Mali and Ethiopia.

We began by mapping each project’s area of influence and collecting geo-referenced remote sensing data for participants who would serve as our “treatment” and “control” groups. We also matched the GPS coordinates of households with external satellite-based data on Gross Dry Matter Productivity (GDMP) from the European Union’s Copernicus programme. GDMP shows changes in the biomass of vegetation in an area, and therefore reflects changes in land productivity. Finally, Armed Conflict and Location Event (ACLED) data were used to measure conflict events in the rural communities studied.

So what did our investigations reveal?

In Mali, we studied data from the IFAD-supported PMR programme, an initiative that offered financial literacy classes and access to credit for its participants, mostly rural women and youth.

We selected two villages, one with PMR participants (the “treatment area”) and the other without (the “control area”). We plotted the GPS coordinates of participants and non-participants on a map and overlaid ACLED data on the numbers and locations of conflicts in the area. Using these data, we calculated both monthly GDMP and the number of conflicts per square kilometre per month.

The increases in land productivity during the time period we studied were small, averaging only about 1 per cent per month. PMR areas saw no statistically significant change in the number of conflicts. Control areas, on the other hand, saw an 8 per cent increase in conflict.

Given what we know about the factors underlying conflict, these results could indicate a “fight for resources”, or a tendency toward conflict, in areas where IFAD does not intervene. Meanwhile, the lack of increased conflict in project areas suggests that PMR may have prevented conflicts from arising, potentially due to increased economic opportunities.

In Ethiopia, we examined data from RUFIP II, a programme designed to build the capacity of microfinance institutions and improve access to loans for rural households.

Since project participants and non-participants lived in the same villages, we couldn’t use location as a way to categorize them into treatment and control groups. We therefore took the area immediately surrounding the centre of each village to be the treatment area, and the surrounding ring, where the project’s impacts were less diffuse, to be the control area. Using the same method as in Mali, we calculated the number of conflicts per square kilometre and average GDMP per month.

This time, we found significant improvements in land productivity, with the average GDMP monthly growth rate exceeding 5 per cent. But what impact did this growth have on conflict?

In control areas, the number of conflicts did not change when GDMP increased. In treatment areas, however, a 1 per cent increase in GDMP corresponded to a 3 per cent decrease in conflict. From this, we can infer that large improvements in land productivity reduce the need to fight over resources.

While our research didn’t uncover exactly why the presence of an IFAD-supported project corresponds with less civil conflict, we can speculate that it’s linked to the increased availability of rural financial services. Project participants have greater economic opportunities and can invest in activities such as agricultural production. This likely contributed to the observed increases in land productivity, as well as improvements in participants’ incomes and food security. These factors, in turn, also likely disincentivized conflict.

These findings are particularly relevant given the increasing impacts of the climate crisis. While climate change does not directly cause armed conflict, it can affect it indirectly by exacerbating social, economic, and environmental factors. As the effects of climate change become more destructive, IFAD’s investments in agricultural productivity and climate resilience will become even more crucial for supporting poor people in remote and conflict-prone areas.

This blog summarizes the findings of a report on using GIS to measure the indirect effects of IFAD’s interventions.

Learn more about IFAD’s presence in Ethiopia and Mali.