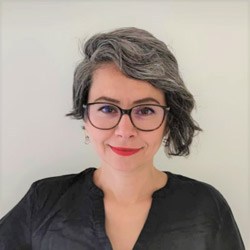 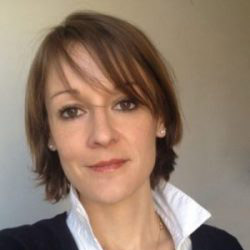 Food systems that include livestock offer unique opportunities in terms of food security, environmental health and climate action. Hundreds of millions of people around the world depend on livestock for their livelihoods, and livestock-based systems are key to helping many producers adapt to the changing climate. Although these systems produce greenhouse gas emissions of their own, mostly in the form of methane and nitrous oxide, they have the potential to be climate-friendly if managed well. Through careful grazing strategies and other practices, they can positively affect biodiversity and even prevent or reverse land degradation.

This is especially important for nations like Kyrgyzstan, where over half of the country’s total land area serves as pasture for its 1.7 million cattle and 6.3 million sheep and goats.

Like most other nations, Kyrgyzstan has committed to limiting its carbon output to keep global warming within 1.5 to 2 degrees Celsius. It recognizes that making changes to its livestock sector will be a significant part of these efforts.

Modelling the future to set targets on climate change

FAO and IFAD are helping the Government of Kyrgyzstan refine its commitments for limiting future emissions, as spelled out in its Nationally Determined Contributions (NDCs).

Analysts from FAO and IFAD are using a tool called the Global Livestock Environmental Assessment Model-interactive (GLEAM-i) to calculate the country’s current livestock-sector–based emissions, along with the potential reductions in emissions achievable through a new IFAD-funded project being planned for the country. This free online tool, developed by FAO, makes it possible to test predictions for future scenarios by using the IPCC’s more advanced Tier 2 approach.

The assessments show that it is possible for Kyrgyzstan to boost its livestock production and reduce its greenhouse gas emissions at the same time.

Specifically, the results of the GLEAM-i assessments suggest a combination of measures that can increase total protein production by about four per cent while cutting emissions by 17 per cent, without having to increase the number of animals.

Breeding cows at a slightly younger age, for example, would reduce the number of female calves needed for replacement. This, in turn, decreases the number of meat animals in the herd, shrinking the overall herd size. The same amount of protein can therefore be produced with fewer animals, reducing both the total emissions and the emissions intensity (i.e., emissions per unit of product).

Healthy animals produce more meat and milk than sick animals do. Vaccination and better veterinary services are thus crucial for reducing mortality rates and for increasing milk and meat production. And when animals are healthier, owners do not need to keep as many of them – it is better to keep fewer, more productive animals than a large herd of less- or non-productive animals.

Better feed also helps keep animals healthy and productive. Emissions can therefore be reduced even further by reducing the amount of low-quality hay in their diets and increasing their consumption of more nutritious crops, such as sugar beet and maize. Growing more fodder crops also reduces grazing pressures on nearby pastures, which are often degraded.

These recommendations have already informed Kyrgyzstan’s NDC update, and they will likely be included as part of the new IFAD project. Meanwhile, the updated NDC will be presented at the United Nations Climate Change Conference taking place in Glasgow in November 2021.

IFAD’s and FAO’s contributions to Kyrgyzstan’s NDCs would not have been possible without the involvement of GIZ, a German development agency, with support from UNIQUE (a company specialized in land-use analysis), and CAMP Alatoo (a local think tank), as well as the United Nations Development Programme.

As Kyrgyzstan makes progress towards its new targets, IFAD and FAO are preparing to use the tool to help other governments. A two-year collaboration between IFAD and FAO aims to use GLEAM-i to assess livestock production in other IFAD-funded projects in Ethiopia, Kenya, Lesotho and Tajikistan. A series of training courses will teach researchers and development professionals how to use the tool in these countries, as well as in Kyrgyzstan.