All across Latin America, rural women are taking charge of their communities’ food production – and their own economic and personal development.

These photos present the faces of some of these women – faces marked by years of struggle and conflict, but also animated by the strength of unbreakable courage and hope. 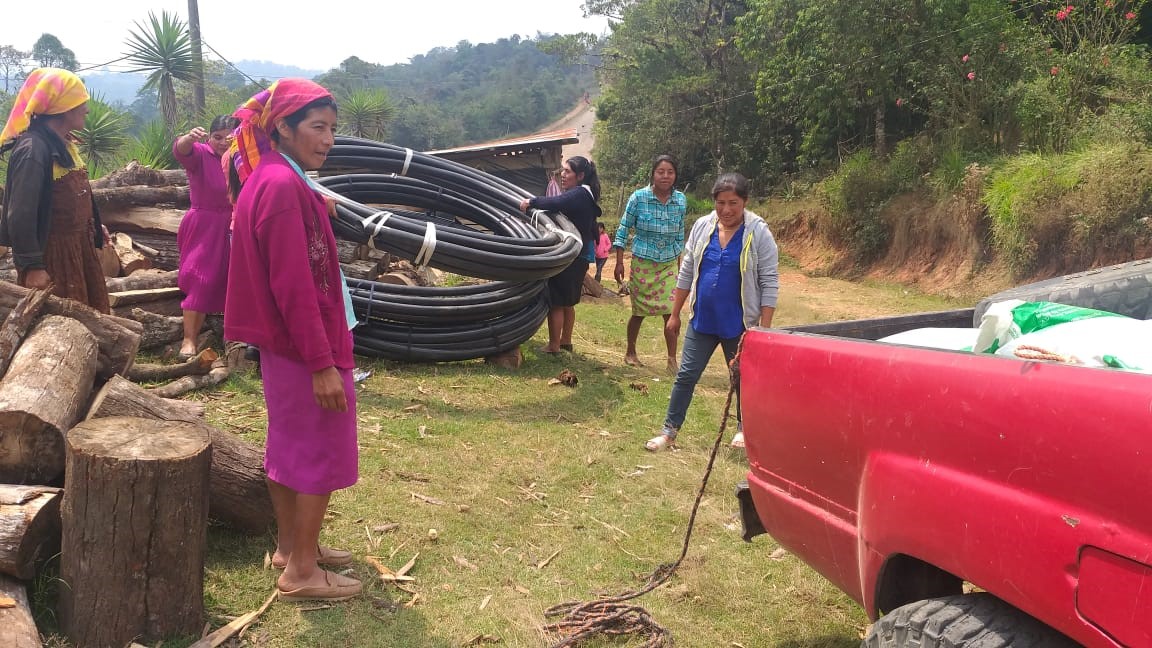 María Lorenza Domínguez is a key member of the Association of Agricultural Producers Fe y Esperanza (Faith and Hope) in the community of Azacualpita, Honduras. The area is known for cultivating quality potatoes and other vegetables, which she also uses to feed her family. Cultivating these crops is not easy, as the 21 women in the association know all too well. But with the support of PRO-LENCA, a project funded by IFAD and implemented by Honduras’s Secretary of Agriculture and Livestock, it’s becoming more and more profitable – and making an increasingly significant contribution to food security in the region.

PRO-LENCA’s investment in Azacualpita has allowed Fe y Esperanza members to increase their production by 25 per cent thanks to better agricultural practices, bringing about a great change in the lives of these women and their families.

“Now we work more and we no longer need to buy the potato seeds, as we produce them ourselves. That allows us to keep fighting, improving, growing,” says María Lorenza. She deserves the credit for these accomplishments, as she was president of the association from its founding in 2000 until 2018.

“I never dismayed. I never let go. It’s thanks to all that effort that we got PRO-LENCA’s help.” 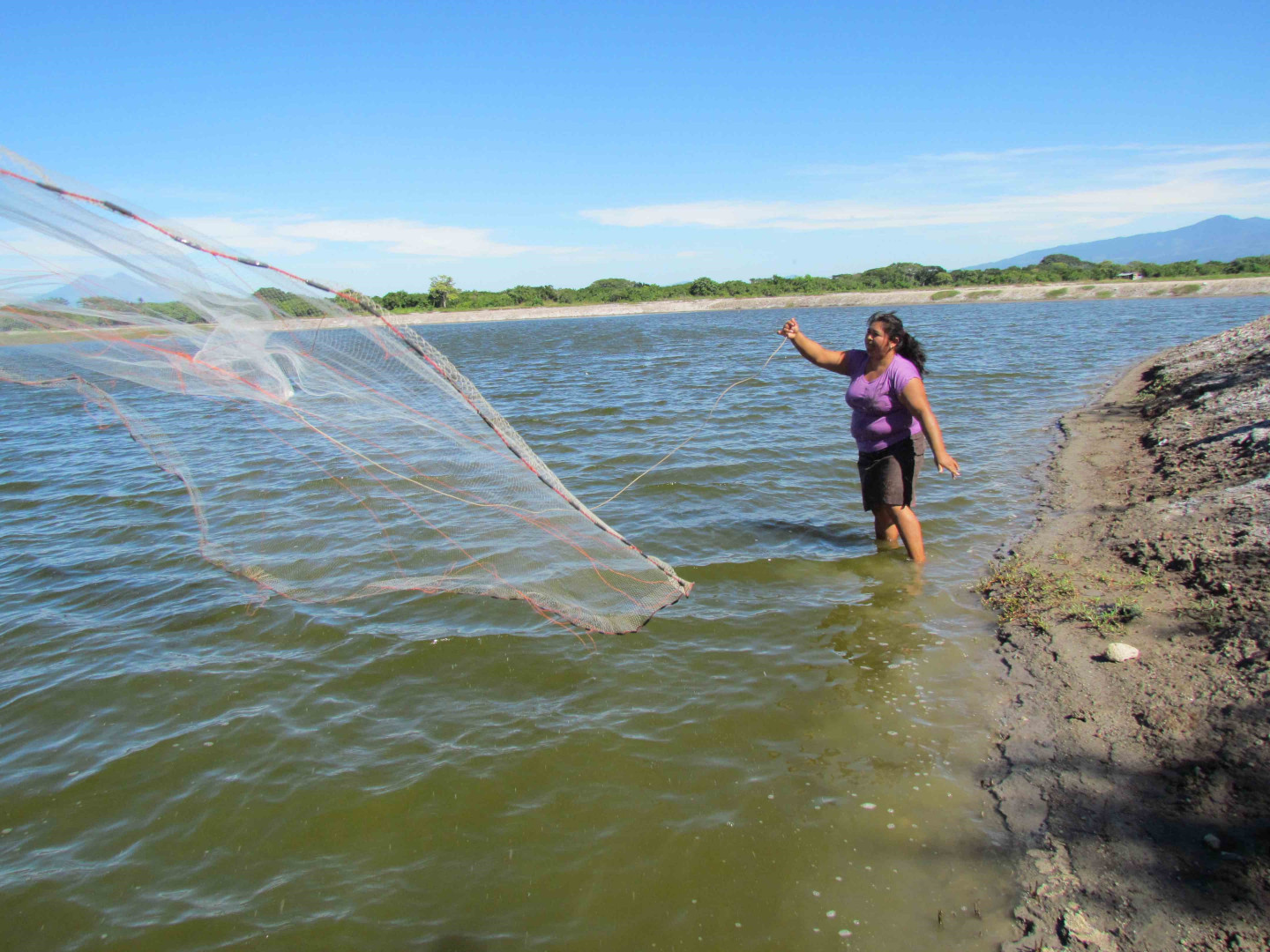 Ana María Hernández throws a net into the lagoon where the women of the June 29 Cooperative raise their own shrimp.  © Carla Francescutti

Ana María Hernández is the president of the women’s group of the June 29 Cooperative, in Salinas de Sisiguayo community, El Salvador. The group is made up of 16 women who have improved their families’ living conditions and household budgets by getting involved in shrimp farming, thanks to the support of PRODEMORO, a project financed by IFAD and implemented by the Ministry of Agriculture and Livestock.

The cooperative used to produce around 420 kilograms of shrimp per hectare, but thanks to the construction and adaptation of new ponds, the reforestation of mangrove areas and some technical assistance from the project, they have reached 590 kilograms per hectare.

“Before, it was more difficult for women, because we had almost no opportunities to improve our lives and advance, but now everything has changed because there are more jobs, and, if there is a job, then there is money, and this allows us to move forward,” Ana María says confidently. 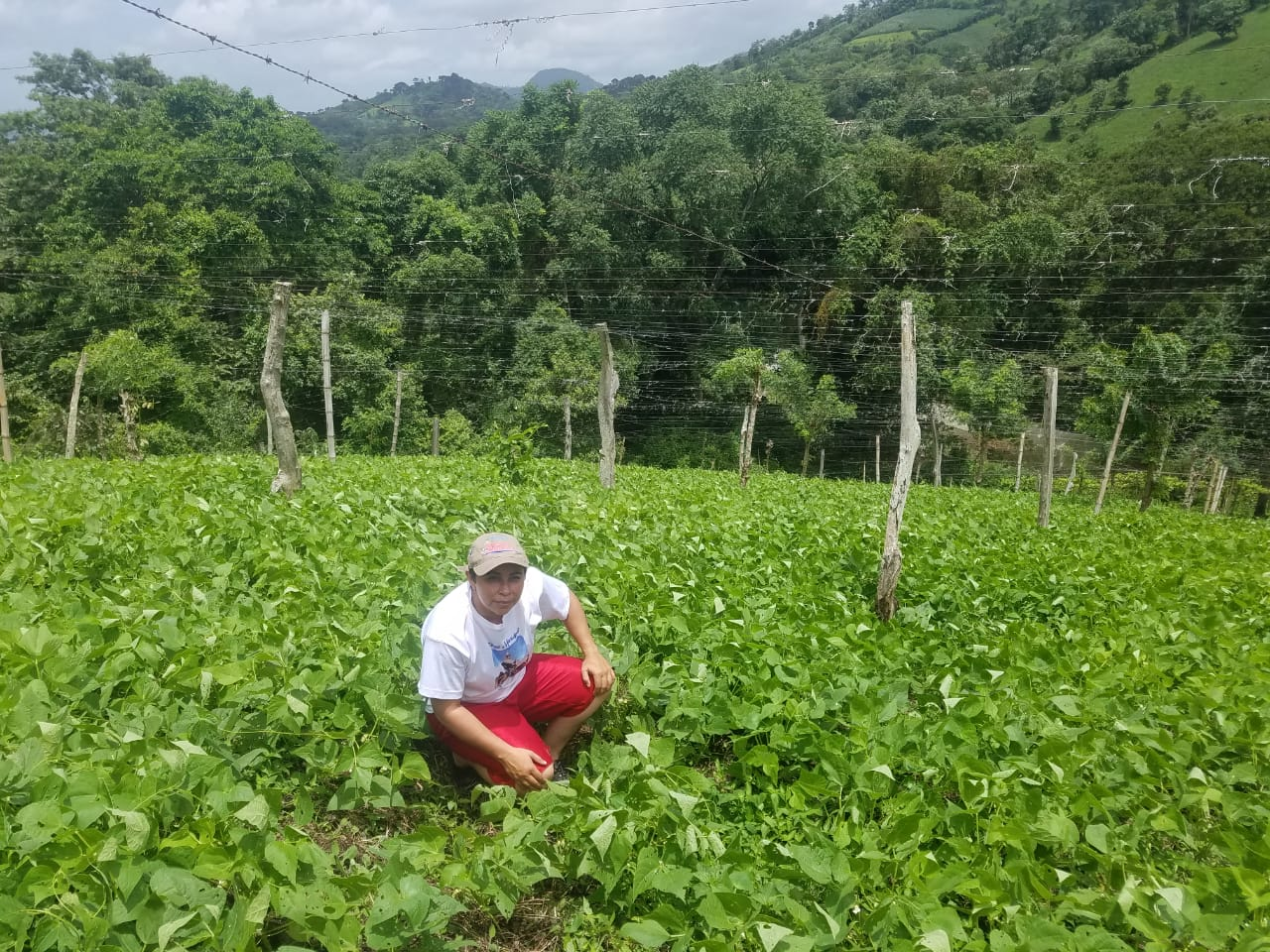 Myleydy López checks on one of the López family’s cultivation plots. ©MEFCCA

Myleydy López has a scientific and entrepreneurial mindset. It runs in the family. “Knowledge has always been valued as part of our personal development. My sisters and I have each prepared ourselves in different branches of knowledge. That has allowed us to move forward.”

The López family lives in the community of Samulalí, Nicaragua. They participate in the NICADAPTA project, financed by IFAD and implemented by Nicaragua’s Ministry of Family, Community, Cooperative and Associative Economy (MEFCCA).

The project’s main objective is to improve coffee production by adapting its cultivation to tolerate the effects of climate change. Myleydy and her sisters have gone much further: in addition to their work with the project, they’ve built their own water reservoirs so that they can raise and sell fish, thereby diversifying their diets, improving their food security and generating an additional source of income.

NICADAPTA has also worked hard to address social issues like gender inequality. Mylaydy proudly explains: “I am an empowered woman thanks to my knowledge. I like to be up-to-date so that I can fulfill all my purposes in life. For this, it is necessary to always be open to change. Now, our family income is higher and our quality of life is better. But we want to go further, contribute to the improvement of the whole community and transfer knowledge to our colleagues – especially to the young people who will replace us.” 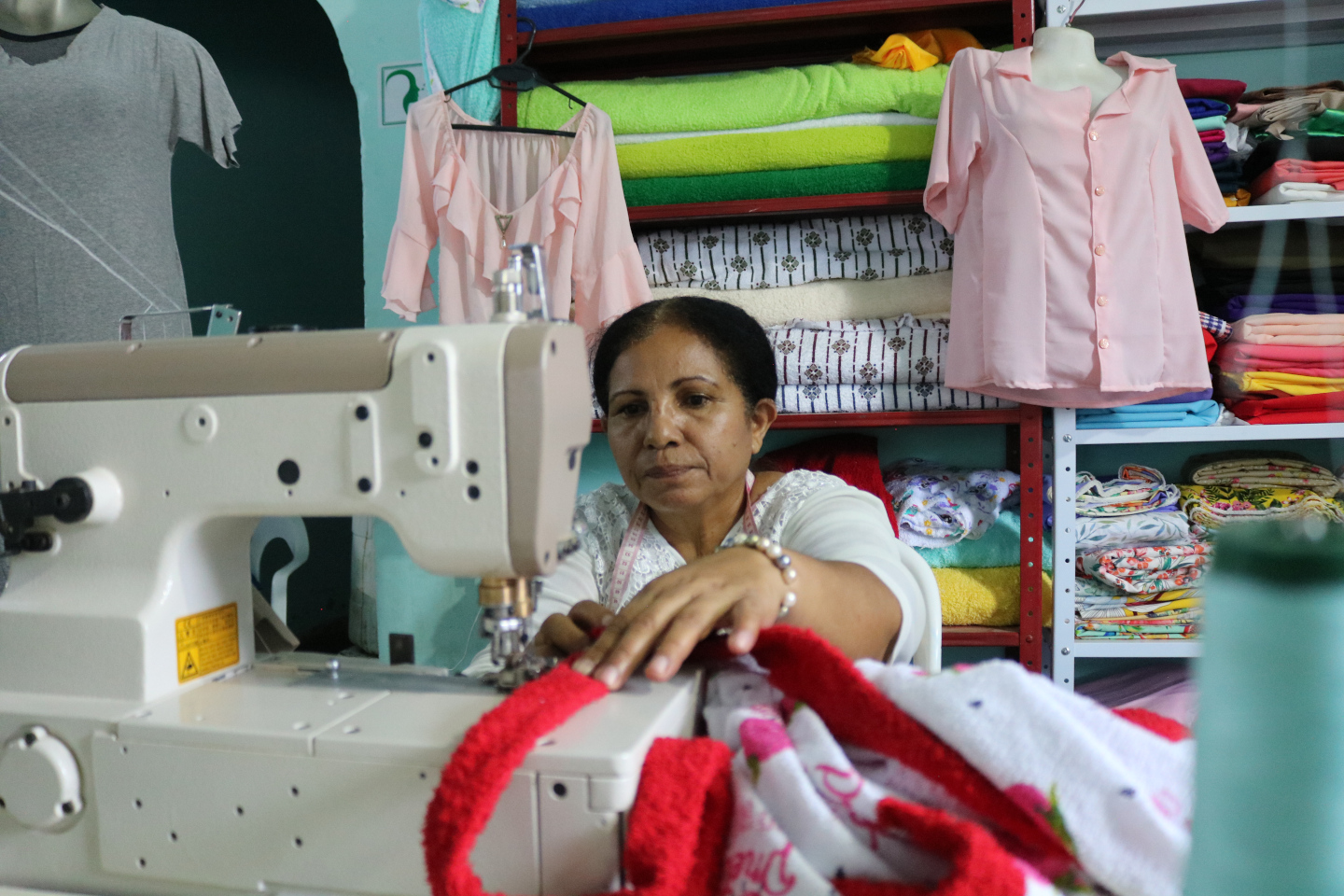 Everyone who lives in the municipality of El Tarra, Colombia, knows Jaqueline del Carmen Mejía. Like so many other Colombian families, Jaqueline's was a victim of internal displacement due to the country’s ongoing conflict. She and her family arrived in El Tarra in 2005.

Just a year after settling in, Jaqueline became the spokesperson for ASOMAETA (Association of El Tarra Women Heads of Household), an organization for women heads of household, widows, and victims of sexual and gender violence or forced displacement.

In 2019, thanks to the help of the project “Building Rural Business Capacities – Trust and Opportunities,” financed by IFAD and implemented by Colombia’s Ministry of Agriculture and Rural Development, ASOMAETA created a dressmaking workshop. It provides decent jobs for women, giving them an alternative to other, more precarious types of work in the area, such as day labouring on farms that produce illicit crops. 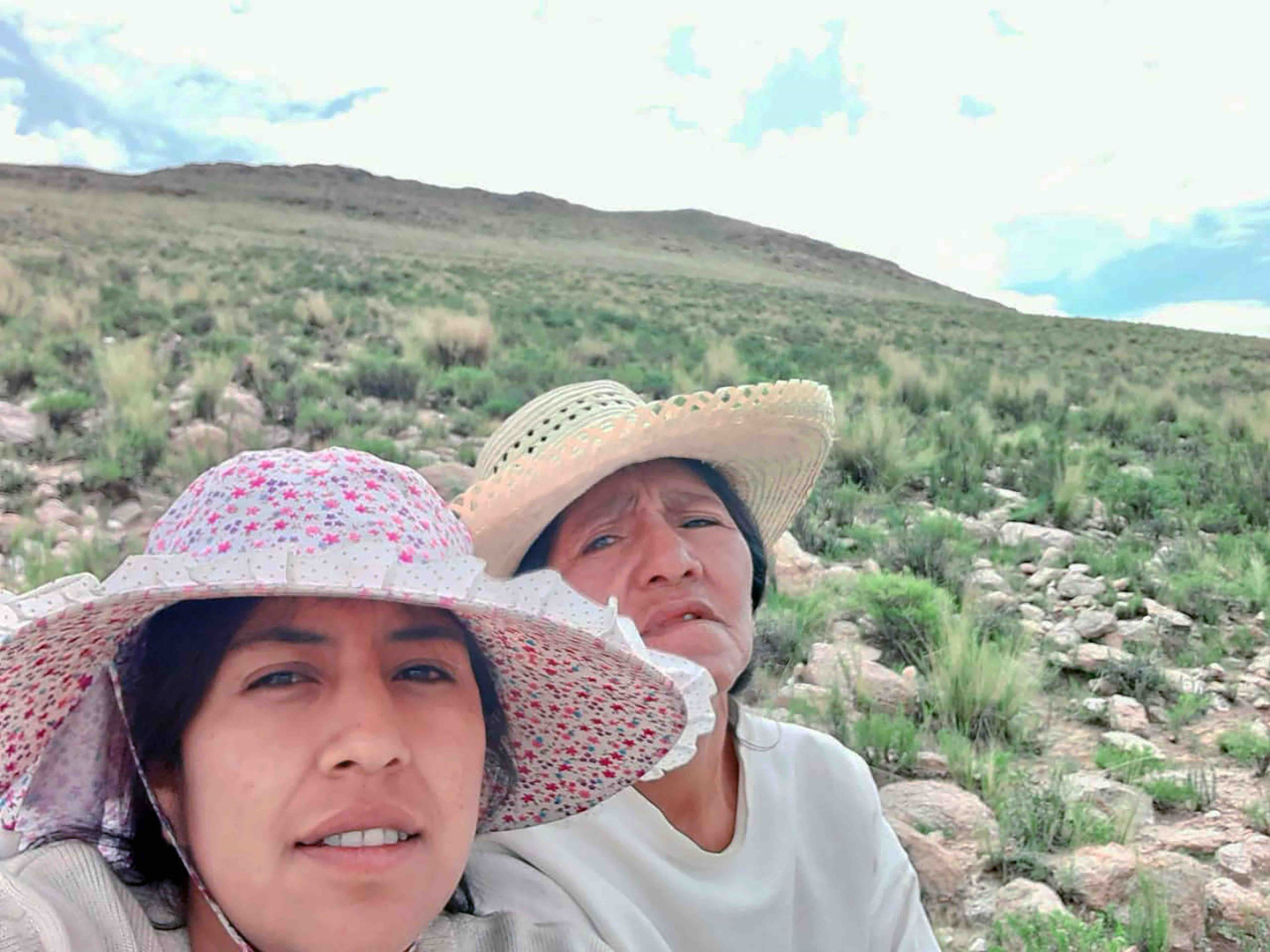 Romina Yurquina and her mother, also a community leader, in the paramo that surrounds Queta. © PROCANOR

Queta is a small village in the mountains of Jujuy province, Argentina. It is an arid region, “full of sun and wind,” as Romina Yurquina describes it. It’s also home to about 30 families of the indigenous Kolla people, who dedicate themselves to raising goats, sheep and camelids.

Romina had left Queta to attend high school and study animal health, but returned after becoming a mother. She is also a technician in indigenous development and is currently pursuing a law degree. She puts all this knowledge to work.

Romina is also part of a women’s group determined to fight for the development of their community. Thanks to the support of PROCANOR, a project funded by IFAD and implemented by Argentina’s Ministry of Agriculture, this group has successfully diversified their sources of income through camelid wool. By the end of 2018, the group was using new shearing machines, acquired with the help of the project, that require less manual labour and time, thus improving their working conditions, the welfare of the animals and the quantity of wool the group can obtain.

Shearing is an activity generally carried out by men, but in this case, it’s the women who are making the decisions and using the new technology. They also collect all the wool from the community to make a joint sale. “That's when you can just discuss a good price,” Romina says.

Romina values ​​community organization above all. For her, it is the only way to sustain improvements over time. "It is important that people stay together and participate in development initiatives to get the tools that will improve their quality of life,” she adds.