Climate change is affecting global food systems in such a way that those who already suffer from hunger and undernutrition are also the most vulnerable to the added threats from climate change.

The Gambia, one of Africa's poorest nations, is a poignant example of such realities. With over 30 per cent of its population suffering from severe poverty, and with most of the country dependent on agriculture for a living, the predicted increase in annual temperatures could have devastating effects.

The fast rate of warming, a reduction in precipitations, and an increase in water evaporation will cause springs and streams to dry up – a trend that has already been observed over the past 40 years. The sea level is also expected to rise between four to seven centimeters during this century, replacing large areas of freshwater swamps with saltpans and salt-water marshes. The combined threat to local agriculture and to the people that depend on it is very high.

To help protect rural households, IFAD has been funding the National Agricultural Land and Water Management Development project through its Adaptation for Smallholder Agriculture Programme (ASAP). It aims to increase the climate resilience of smallholder farmers and improve local climate change management.

Amongst its successes, the project has established 33 community gardens across The Gambia, helping rural people cope with droughts, erratic rainfall and limited access to water through suitable water management systems. With another 17 gardens under construction, the project will benefit more than 10,000 people - most of them women.

We spoke to Fatima Seckan, one of the beneficiaries of the project, about the impact her village’s local community garden is having on her daily life. Fatima is a 24-year-old smallholder farmer who lives with her parents and five siblings in Darsilameh village, in the interior region of the country. Since last year, she has worked in the local community garden where she is responsible for trading the vegetables produced by all 267 members of the garden’s association. 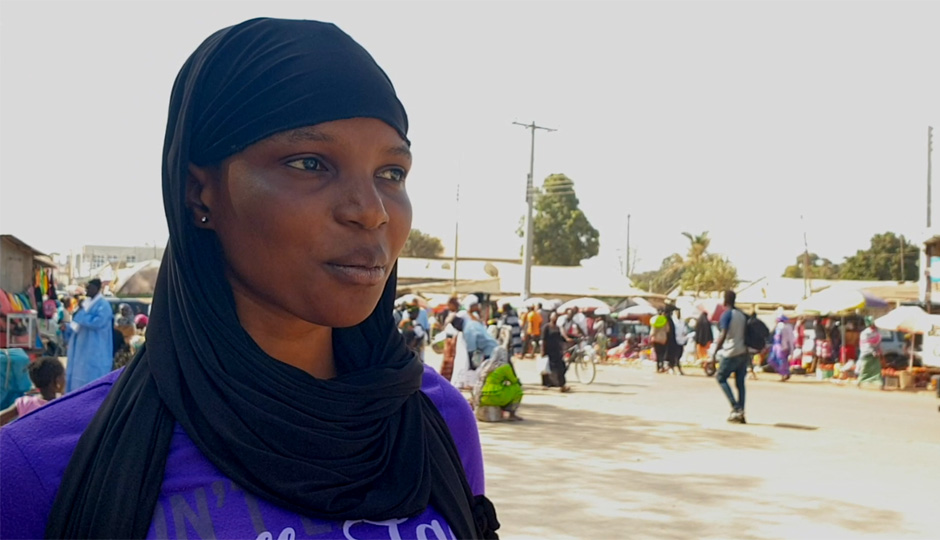 When the garden was established with IFAD’s support in 2018, the farmers needed someone to promote their production and gain access to intermediaries and consumers. Fatima was chosen by the other farmers for this role – “because of my hard work”, she says while laughing.

Since then, Fatima has a very busy routine. She wakes up at 4am every day, gets help loading over 700 kilograms of vegetables onto public transportation and travels for about 30 minutes to Brikama street market. There she gets help unloading the cases and sells the products to two women vendors. At 9am, Fatima makes her way back home and rests for two hours. Then she goes to the garden and spends the rest of the day tending her own crops – sweet pepper, okra, onions and tomatoes. Fatima is also attending a nine-month IT course at a local institute, hence twice a week she has classes from 12pm to 2pm. Although she does not have a computer, this visionary young professional would like to acquire one for improving her association’s business: “I would use it for managing the ladies’ accounting”.

Thanks to IFAD-sponsored training on farming techniques like soil fertilization and transplanting, Fatima grows more than five times what she produced at her family’s garden before IFAD’s intervention, with yields reaching over 100 kilograms of different vegetables per week and making record revenues. With her increased income, she is able to pay for her IT course and for her younger sister’s secondary studies. “I save half of my income for my tomorrow”.

Community gardens have become a model of sustainable small-scale agriculture in The Gambia, representing an effective method to manage droughts and limited water availability. The gardens’ irrigation systems are often powered by low-emission renewable energy technologies, such as solar panels, as it is in the case of Darsilameh’s garden.