In 1992, Khadim Thiam established a tiny workshop in Tambacounda, Senegal, to produce agricultural equipment, such as hoes, seed drills, ploughs and animal-traction carts. For several years his business had only a few occasional clients. The workforce was limited to five employees who operated in a facility too small and inadequate to expand.

This changed in 2014 when Khadim acquired new market opportunities through the IFAD-funded PADAER programme, which granted him access to 30 client farmer organizations in contracts worth CFA37 million (US$63,500). The programme also provided him with technical guidance on financial affairs and business administration. Following this combined assistance, his revenues increased, allowing him to reinvest profits: Khadim increased the size of this workshop to a small factory and built a shed where workers could manufacture more equipment. Since then, his staff has increased nearly five times, reaching 24 employees, most of whom are young and with permanent contracts.

The production has increased in line with a significant demand for agricultural equipment in Senegal and neighbouring countries. Khadim's products are sold to many parts of the country and also to Gambia, Mali and Mauritania. While his annual revenues were around CFA25 million (US$43,000) before PADAER's intervention, it has now increased to around CFA80 million (US$137,000) per year.

Khadim's equipment makes a significant difference in the fields, improving the production that is otherwise made by hand. By supplying hundreds of farmers, Khadim is indirectly contributing to the growth of food production and productivity in the region, in turn benefiting farmers, their families and communities. 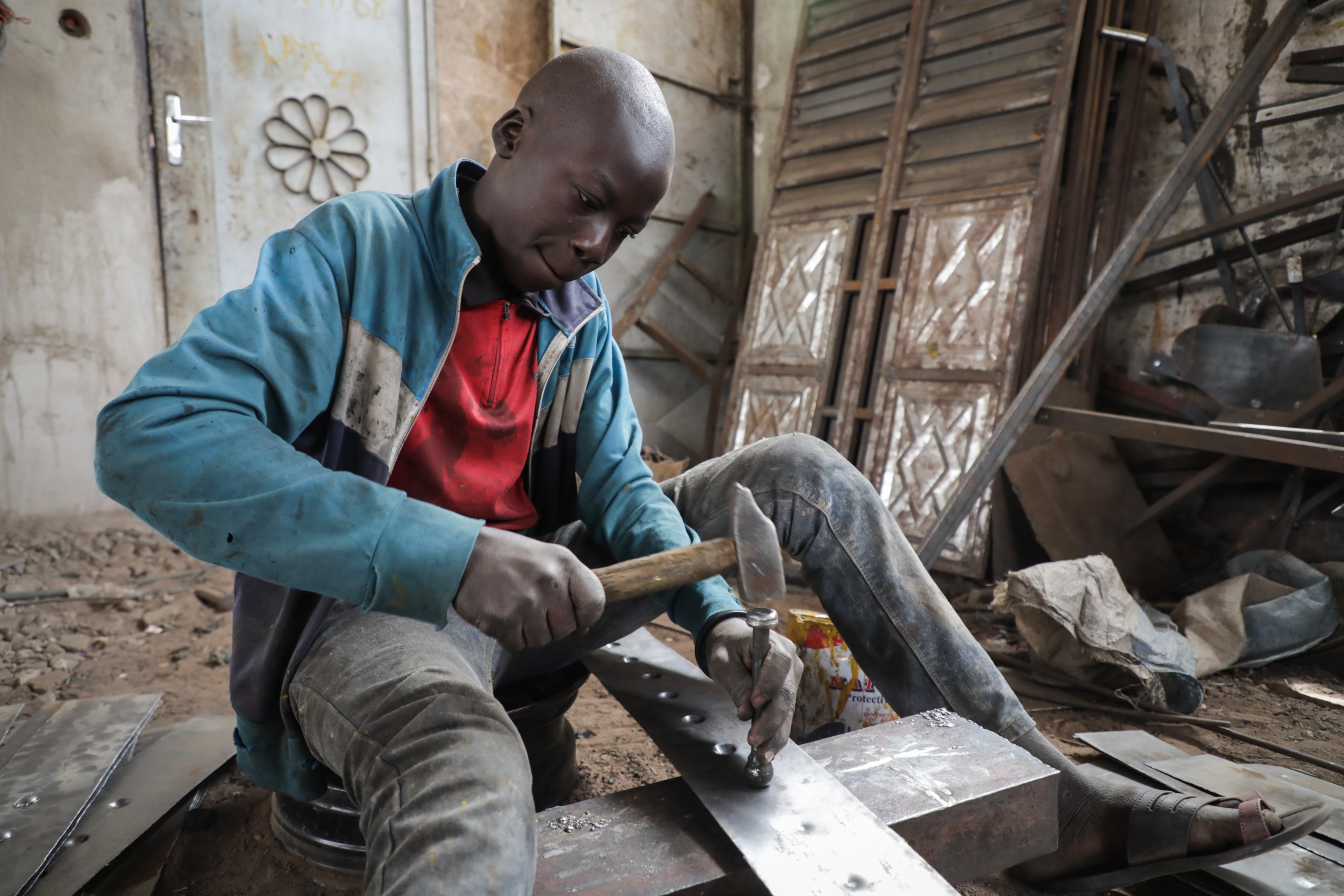 The 49-year-old entrepreneur does not want to stop, and plans to expand his business even more. For that, Khadim will count on his 26-year-old son Moussa and two other staff members who have participated in an intensive training on metallurgical manufacture, sponsored by IFAD and provided by the Senegalese Institute of Agricultural Research (ISRA).

Over a period of a month, Moussa and his colleagues attended daily learning sessions held in Kedougou and Saint Louis. The course was delivered to 26 mostly young participants. They received their diplomas in February 2019 from PADAER's Coordinator, Ngagne Mbao, and are now qualified to produce and repair a range of equipment, in particular machines that help reduce post-harvest losses and increase farm revenues.

"We are much more skilful than before. This training was very important to our futures", says the young Moussa who oversees and provides guidance to his father's employees. Thanks to the capacity-building provided by IFAD-PADAER, these 26 diploma-holders have more job opportunities as they have become professionals suited to contribute to expanding small businesses, and by association, to advance agriculture and food security in Senegal.