Fatima Amaguar came home from university with an idea. She knew the women in her home province of Azilal, a rural community of 10,000 in Morocco’s High Atlas Mountains, struggled to find employment outside the home due to social and cultural pressures. But, she believed, a solution was literally right at their fingertips. In 2016, she founded a cooperative called Amagar and got to work.

Amagar’s story began with a group of five women picking thyme in the forest. Although this practice had existed for a long time, it was done casually and sporadically, often in a way that uprooted the thyme plant. Fatima’s cooperative taught the women how to harvest the thyme without damaging the plant and how to dry and preserve the picked leaves. This also allowed them to pick the thyme more efficiently, without interfering with their household duties. Fatima then purchased the dried thyme from them and resold it at the markets of Marrakesh. It was the first time those five women had ever received an income.

Word travelled fast among the village women. By 2018, in only its third year of operation, Amagar had grown into a 122-member-strong agricultural cooperative. And the reason for its popularity was clear: in 2018 alone, Amagar’s sales of thyme generated a turnover of 620,000 Moroccan dirhams – approximately 60,000 euros.

“In the beginning it was difficult for women to obtain the authorization of [their] husbands to join the cooperative because of the very conservative cultural environment,” Fatima says. “But the evidence of the income generated from the activity defeated their initial mistrust!” 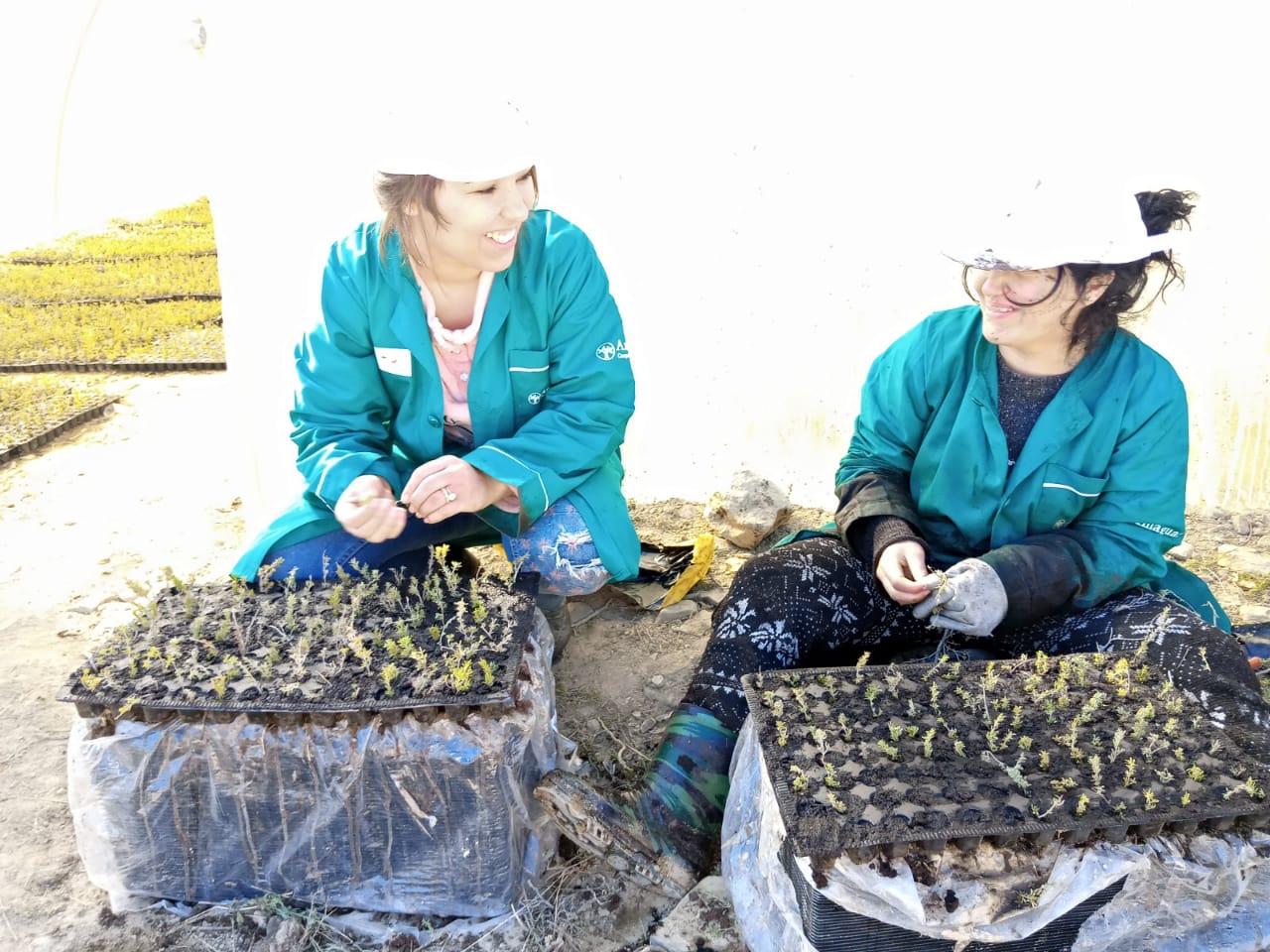 © PDRZM - Two members of Amagar at work with their seedlings.

Yet the thyme business is highly seasonal, generating only one month of work per year. Fatima was determined to bring the women of Azilal a steady source of income. And so, beginning in 2017, the small group that had kick-started the cooperative decided to introduce saffron. The region’s climatic conditions are ideal for this type of crop, and because it requires only small plots of land, it is easy for women to grow at home. And at a price of about 4 euros per gram, saffron cultivation is a highly lucrative activity as well. Little wonder, then, that it is commonly known as the “Red Gold of Azilal”.

But to get their saffron business going, they needed to scale up – and that’s where IFAD came in. In 2018, Amagar applied to the IFAD-funded Rural Development Programme in the Mountain Zones (PDRZM). The funds they received allowed them to purchase 19 tonnes of saffron bulbs, helping them expand their operations. PDRZM’s help didn’t stop there. The members of Amagar also benefited from an IFAD-supported training programme on business administration that allowed Fatima and her colleagues to manage the cooperative more efficiently. Before, Fatima says, they “had no idea how accounting worked, or how to make it through the necessary bureaucracy”. But through this IFAD-funded initiative, the women of Azilal developed into agricultural entrepreneurs.

Building on this success, the cooperative has continued scaling up its activities. Fatima and her colleagues have recently begun growing aromatic plants and producing essential oils. Inspired by Fatima’s experience, Azilal’s Regional Council has decided to expand saffron production to another 14 rural municipalities. The members of Fatima’s cooperative are now training these new municipalities in saffron cultivation.

Fatima’s cooperative is not only about producing and selling agricultural goods. She has always intended for her cooperative to have a strong social impact in her community. PDRZM was able to help with this, too, providing a set of capacity-building activities specifically targeting women. Amagar has also begun pooling its membership fees into a social fund for its members, which has allowed them to purchase school supplies and set up summer camps for their children.

“It is very important to invest in children’s education, as they represent the future of the community,” Fatima explained. “It is also important to prove [to] men that the whole family and the whole community can benefit from the work of women.”

Despite Amagar’s enormous success, the collective still faces several challenges. Currently, they are working towards achieving certified organic status for their saffron, which will help it find even wider markets both at home and abroad. They are also seeking further training in areas such as quality standards, packaging and marketing.

Nevertheless, they have proven that gender-equitable and gender-transformative opportunities can benefit all members of a community. With continued investment, the Red Gold of Azilal can enrich the province’s communities for years to come – and IFAD hopes to be there every step of the way.