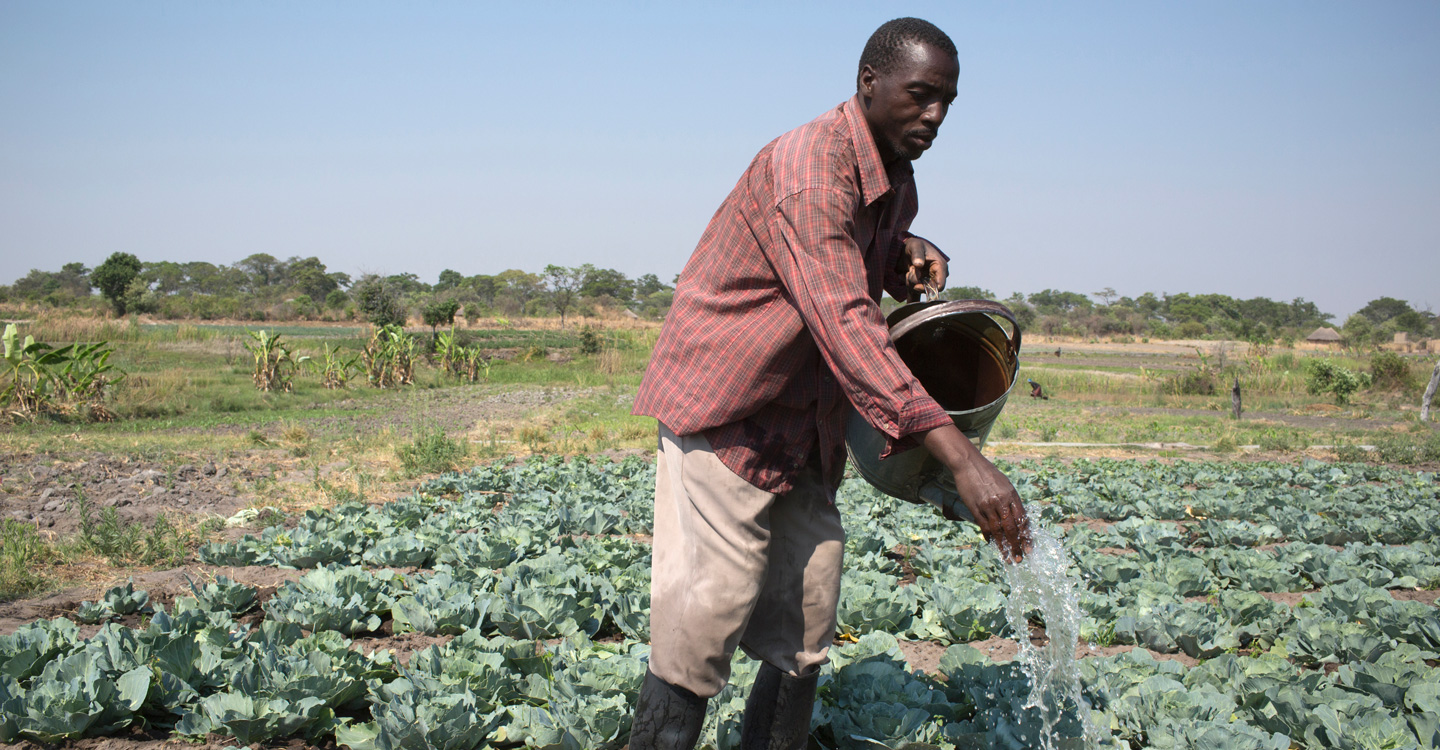 The Smallholder Agriculture Cluster Project (SACP) will increase productivity and household incomes by sustainably transforming the small-scale farming sector and increasing farmers’ participation in market-oriented and climate-smart value chains. It will provide technical assistance, matching grants and infrastructure investments to agricultural production groups (APGs), rural micro-enterprises and value chain lead enterprises that can take advantage of improved access to assets and opportunities for agricultural production and income-generating projects. Fifty per cent of the beneficiaries will be women and at least 30 per cent will be youth.

Agriculture underpins Zimbabwe’s economic growth, food security and poverty reduction strategies. A decade ago, the sector accounted for about 20 per cent of the country’s Gross Domestic Product (GDP), but this has since declined to about 10 per cent in recent years, with 70 per cent of the population depending on agriculture for their livelihood. Small-scale farmers play a critical role in the sector, as they own majority of the agricultural land.

Unfortunately, frequent droughts, low and erratic rainfall, intermittent floods and the current COVID-19 pandemic have affected productivity. This has exposed millions of people to poverty, food and nutrition insecurity, making the country a net importer of food and among the top 10 most fragile countries in the world.

The government of Zimbabwe has implemented several development projects to revitalize the economy, but more needs to be done to boost the agriculture sector and provide sustainable livelihoods to vulnerable poor people in rural areas.

“We have an opportunity to make a lasting impact on the lives of rural Zimbabweans, by investing in the small-scale farmers who dominate the sector, and can play a key role in job creation and addressing food and nutrition insecurity in the country,” said Jaana Keitaanranta, IFAD Country Director for Zimbabwe.

SACP will be implemented in five provinces - Mashonaland Central, Mashonaland East, Mashonaland West, Midlands and Matabeleland North, where it will target key urban-rural agricultural production and food trading corridors to increase the role of small-scale farmers and private sector.

IFAD has financed the project with a loan of US$35.69 million. US$8.8 million is provided through domestic co-financing, which includes US$4.6 million from the Government of Zimbabwe and US$4.2 million from the beneficiaries themselves. Additional co-financing of US$15 million will be provided by the OPEC Fund for International Development and US$7.2 million from private sector.

Participants of the project will also benefit from improved access to irrigation water, domestic water supply and rehabilitated roads that will facilitate the commercialization of small-scale agriculture and attract the private sector.

Small-scale producers and other rural people can contribute far more than they currently do, to growth, job creation, food security, nutrition and addressing climate change, with the right investments.