In the last generation, Cambodia has displayed a remarkable post-conflict journey: from a devastated post-conflict economy in 1993 estimated to a lower MIC in 2018. IFAD has accompanied Cambodia's development journey since the late 1990s; its country program moving from recovery and food security to building institutions to now focusing on markets and supporting Cambodia in its quest to reach upper MIC (middle income country) status.

Overall, Cambodian GDP growth has averaged about 7.7 per cent between 1995 and 2018. Poverty declined from 47.8 per cent in 2007 to about 13.5 per cent in 2014. About 25 per cent of the population is still considered near-poor and vulnerable, dropping into poverty when exposed to shocks.

In Cambodia, IFAD loans support rural and agricultural development through a programmatic approach. Activities target the provinces with the highest rates of poverty and within those provinces, the poorest rural people and communities. The IFAD country strategic opportunities programme, currently covering IFAD's strategy till 2021, supports the government's poverty reduction initiatives. All IFAD projects are aligned with the Government's national development strategies, in particular the Royal Government of Cambodia's Rectangular Strategy Phase IV.

In Cambodia, 79 per cent of the population lives in rural areas, depending mostly on agriculture for their livelihoods.

There is low coverage of sustainable infrastructure with only about 2,000 km of the 45,000 km rural road network being hard-paved. 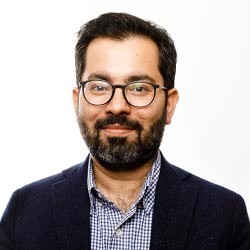 February 2020 - NEWS
IFAD, together with the Government of Cambodia and the European Investment Bank (EIB), are launching a US$125 million rural development project today that aims to boost incomes and food security for 200,000 families in Cambodia.

January 2018 - NEWS
Development projects supported by the International Fund for Agricultural Development (IFAD) have contributed to increasing incomes and assets in parts of rural Cambodia, according to the findings of a new evaluation report presented today in Phnom Penh.
View More

August 2019
This collection of sustainable land management (SLM) technologies and approaches was compiled as part of the Scaling-up SLM practices by smallholder farmers project funded by IFAD.

Investing in rural people in Cambodia

To date, 9 projects have been conducted in the country, at a total cost of US$588.43 million million, with IFAD financing amounting to US$151.6 million. An estimated 1,338,500 households have benefited directly.