Over 75 per cent of Kenya’s estimated 43 million people inhabit rural areas, where around half of the population lives in poverty (as of 2009). Arid and semi-arid lands make up more than 80 per cent of the country’s land mass and are home to approximately 36 per cent of its population. These areas have the highest incidence of poverty.

The agriculture sector remains the backbone of the Kenyan economy, employing 80 per cent of the rural population and accounting for about 65 per cent of exports. Kenya also has one of the largest and most developed dairy sectors in sub-Saharan Africa. It accounts for about 4 per cent of GDP and grows 4 per cent annually.

Kenya became a low-middle-income country in 2014. Its economic growth is expected to continue at an annual average rate of 5.9 per cent over the next five years. However, poverty and income inequality remain persistent challenges. Approximately 10 million Kenyans suffer from chronic food insecurity and poor nutrition.

Rural poverty remains high due to population growth – the national population has more than tripled over the past 30 years – and dependence on rapidly depleting natural resources. The degradation of natural resources hits women the hardest, as they assume greater responsibility for providing their families with food, water and fuelwood.

The agriculture sector, which contributes over 25 per cent of annual GDP, is also threatened by the changing climate. If this is not addressed, its economic costs are estimated at 3 per cent of GDP per year by 2030, and could reach 5 per cent by 2050.

Nearly all the country’s crop production is rainfed, and almost half of animal production occurs in arid and semi-arid lands. The growing impact of drought and unreliable rainfall are expected to significantly constrain the sector.

Kenya’s long-term development blueprint, Vision 2030, was launched in 2008. It was designed to guide the nation’s transformation into an industrialized, middle-income country.

The country’s agricultural development strategy for 2010-2020 aims to achieve agricultural growth of 7 per cent annually and reduce food insecurity by 30 per cent. The Government and IFAD believe that improving people’s access to key staple cereals can help to reduce poverty and food insecurity.

The country strategic opportunities programme for 2020-2025 has three strategic objectives:

In the past, IFAD activities concentrated on rural areas with medium to high productive potential, where most of Kenya's poor people live.

Under our new strategy, we are extending support to the country's arid and semi-arid lands. This shift supports the government's commitment to improve small-scale irrigation, extension services, marketing and access to financial services in areas with high poverty rates. The emphasis is on a market-oriented approach in the sectors of horticulture, dairy production, cereal commodities and rural finance.

The agriculture sector remains the backbone of the Kenyan economy, employing 80 per cent of the rural population and accounting for about 65 per cent of export earnings.

Kenya has one of the largest and most developed dairy sectors in sub-Saharan Africa, accounting for about 4 per cent of GDP and growing 4 per cent annually. Over 1 million smallholder farmers depend on dairying for their livelihoods.

Since 1979, IFAD has invested a total of US$336.3 million in 18 programmes and projects in Kenya, with a total cost of US$676.0 million, benefiting about 4.3 million poor rural households. 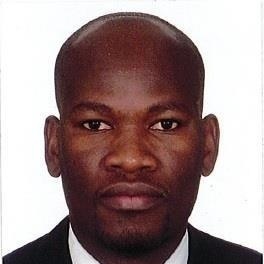 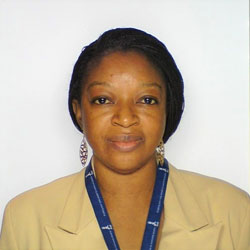 Norway commits funds to IFAD to lift aquaculture communities out of poverty and lower malnutrition in Kenya, Mozambique and Tanzania

December 2021 - NEWS
As more people spiral into hunger and poverty due to pandemic restrictions, climate change and conflicts, the Norwegian Agency of Development Cooperation (NORAD) has committed NOK 45 million (US$5 million) to increase the incomes and build the resilience of small aquaculture farmers in Kenya, Mozambique and Tanzania, IFAD announced today.

December 2018 - NEWS
Rural development projects financed by the International Fund for Agricultural Development (IFAD) have contributed to increase productivity, incomes and food security in Kenya, according to a new report presented today in the capital city of Nairobi.
VIEW MORE

March 2022 - STORY
Farming can be a risky business indeed. Recently, some IFAD-supported initiatives have begun piloting crop insurance programmes for participating farmers – and for KCEP-CRAL farmers in Kenya, the new insurance policies arrived just in time.

November 2021 - STORY
Wazo Jema is one of many youth-led small businesses that got a boost through the IFAD-funded Vijabiz programme. Although they’re on more solid ground than they were before, they’ve continued to face some challenges – and these difficulties highlight ways that future initiatives can be improved.

September 2021 - STORY
Milk processing is normally a profitable venture in Kenya’s Nakuru County, but the Lare Milk Dealers Youth Group struggled to enter the market at first. Thanks to trainings hosted by an IFAD-supported project and some innovative additions to their business model, they’re now thriving.
VIEW MORE

Investing in rural people in Kenya

February 2020
This study reviews evidence on initiatives that invest in climate-resilient infrastructure to support smallholder farmer organizations and agribusinesses in the micro, small and medium-sized enterprises (MSME) category and, ultimately, to foster inclusive and sustainable agricultural value chains. Case studies from the BRACED and ASAP programmes across sub-Saharan Africa are presented.
VIEW MORE

From low to high: Increasing productivity and purchasing power in Kenya

May 2019 - VIDEO
There are more than 7.5 million smallholder farmers in Kenya, accounting for about 75 per cent of the country's total agricultural output.

October 2017 - VIDEO
This episode of Recipes for Change is about cooking with sorghum - a crop that has been neglected in Kenya in favour of the more popular maize. Now, with low rainfall causing maize harvests to fail, drought-tolerant sorghum is making a resurgence and celebrity chef Ali Artiste sees how sorghum recipes are being rediscovered in rural areas.

May 2015 - VIDEO
With the fourth and latest series of Shamba Shape-Up, Kenya's most watched agriculture TV show, IFAD staff have been talking to smallholder farmers about a range of practical issues, from cow care and livestock resilience to climate-change adaption.
VIEW MORE