By 2011, Uganda had already achieved the 2015 Millennium Development Goal of halving the share of the population living on less than one dollar a day. The proportion fell from 53 per cent in 1993 to 24.5 per cent.

While the proportion of people living in poverty significantly declined, the reduction in the number of poor people was much less marked due to the country’s high population growth rate.

Uganda’s population density has doubled in the past 20 years and is expected to double again over the next 20 years. The country has one of the highest dependency ratios in the world, with a relatively small working age population supporting a high proportion of young and old people, and this is also expected to rise. The unskilled labour force is growing at about 3.7 per cent annually, and most of these workers are being absorbed by the agriculture sector.

The agriculture sector in Uganda accounts for approximately 23 per cent of GDP and employs about 60 per cent of the labour force, a number that is increasing as the population grows.

In Uganda, IFAD is working to increase the incomes of rural households living in poverty, along with improving their food security and reducing their vulnerability.

Activities target two groups: poor smallholder households who have the potential to commercialize their economic activities, and extremely vulnerable households, who have limited livelihood options and are generally bypassed by development initiatives.

IFAD also focuses resources in the areas with the highest incidence of poverty (north) and the greatest density of poor people (east). 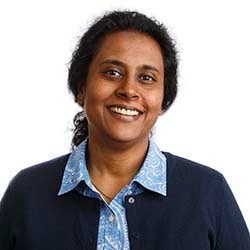 December 2018 - NEWS
Over 30,800 vulnerable rural households in Uganda will benefit from a US$210.4 million project that aims to sustainably increase rural livelihoods by supporting an efficient oil palm industry that complies with modern environmental and social standards.

June 2017 - NEWS
The International Fund for Agricultural Development (IFAD), Postbank of Uganda (PBU) and Posta Uganda signed a grant agreement today aimed at expanding the role of postal networks in the delivery of remittances and access to financial inclusion across the country.

January 2017 - NEWS
The European Union (EU), the International Fund for Agricultural Development (IFAD) and the National Social Security Fund (NSSF) are working together to catalyse investment in the agriculture value chain with the launch today of the Yield Uganda Investment Fund. An initial €12 million (Ush 46 billion) has been made available to provide much needed access to capital for small and medium agri-businesses in Uganda.
VIEW MORE

June 2008 - STORY
It is quite a challenge to develop a major domestic industry that brings public and private investors together and also nurtures the interests of small-scale producers. An IFAD-funded project in Uganda is rising to that challenge by helping to forge a highly innovative partnership between small-scale producers of palm oil and a private sector operator.

Promoting micro-finance services for the youth

May 2013 - STORY
Successfully involving youth in agriculture can be a serious challenge, especially when young people living in remote rural areas are disempowered because of lack of assets and limited economic prospects.
VIEW MORE

July 2020 - BLOG
Knowing the geographic location of people or things helps us to monitor well-being and assess the impact of events.

May 2020 - BLOG
We are in the middle of a shift in how development is financed. Impact investing is on the rise.

One size doesn’t fit all: How to design a user-friendly climate insurance

September 2019
This report illustrates the food loss assessment studies undertaken along the maize, sunflower and beans supply chains in Uganda in 2015-16 and 2016-17.

December 2020
Agriculture is the backbone of Uganda’s economy. The sector has however seen underperformance over recent years in comparison to other sectors within the economy due to the low level of value addition through processing facilities and also a lack of commercial private enterprises, thereby resulting in weak employment creation.

June 2021
Access to capital is widely understood to be one of the biggest constraints to business growth in Uganda.
VIEW MORE

October 2015 - VIDEO
Twenty thousand families in 13 districts of Uganda are now imagining their lives differently. By creating a shared vision, husbands and wives are not only finding ways to break out of their poverty, but they are discovering the value of equality in their homes.

March 2016 - VIDEO
Andrew Rugasira, Founder and CEO of Good African Coffee: Allow me to set the scene for my talk with some statistics. Every day, 1.6 billion cups of coffee are consumed in the world. The producer countries, that is, Brazil with 37 million bags every year, Viet Nam with 24 million bags every year, right down to my own country Uganda with 3 million bags, earn US$24 billion a year from their coffee.
VIEW MORE