A decade of progress for small-scale farmers in Cuba

A decade of progress for small-scale farmers in Cuba

Marking ten years in Cuba, IFAD’s Country Director met small-scale farmers and partners to discuss progress made and what is yet to be done 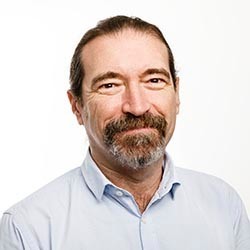 In central Cuba’s Camagüey province, the tropical sun is scorching. It’s the afternoon and we’ve been on the road since early morning and we’re starting to feel tired when we arrive to the cattle ranch of La Kintina.

As we pull up, I spot some fifty healthy cows in a corral and, beyond them, a shed with a modern electric milking machine and a refrigeration tank. Ten years ago, this equipment would have been hard to come by in these parts. But now, this ranch — and 105 other organizations in Camagüey — are making big progresses in the production of milk and beef thanks to IFAD’s PRODEGAN project, which aims to strengthen the livestock sector.

In their colourful guajiros (Cuban farmers) language, the owners of the ranch, Yunaixi Morales and Abdiel Campo, tell us how they love their work and how the project has helped them get through difficult times—including during the pandemic when basic inputs like fertilizers and medicines for the animals became harder to find.

But now, not only is the ranch surviving, it’s making enormous progress. “Last year, 30 calves were born. This year, 25 have been born already, and it’s only June,” explains Abdiel.

As we travel around the region, it is clear that La Kintina’s success isn’t a one-off. Obsolete equipment is being renovated at the Lacteos Sibanicú milk processing plant; the Combate de Pacheco Cooperative has acquired an impressive fleet of tractors and trucks; while at the Camilo Cienfuegos Cooperative, innovative cattle-feeding practices are being developed.

This progress doesn’t just benefit the cooperatives and the people of Camagüey. A better supply of milk and beef is good for Cubans everywhere on the island. It’s also raising hopes that Cuba can enhance its precarious food security. Currently, the island imports around 80 per cent of its food. By improving agricultural infrastructure, the country can reduce this reliance on imports while increasing its food security.

In 2013, IFAD was the first international financial institution to reengage with Cuba after negotiating the payment of an old debt. At that time, the country had no access to international credit but IFAD’s vote of confidence opened the door to credit from international donors.

Since then, IFAD has funded two other projects: the recently completed PRODECOR project that increased basic grain production and the new PRODECAFE project, which aims to enhance coffee and cocoa value chains.

Together, these three projects, with a total investment of US$69.35 million, will benefit 562 cooperatives and 126 service providers in 49 municipalities throughout Eastern Cuba. Most importantly, 42,000 rural families can expect to benefit from the projects.

Consuelo Vidal, UN Resident Coordinator in Cuba, explains that the importance of IFAD’s work in Cuba “offers the country opportunities that goes beyond the concrete financial support it provides.”

“These projects promote not only productive, but also social and economic change,” says Frank Carbonell, an officer with Cuba’s Ministry of Agriculture who has led the implementation of IFAD-funded projects over the last decade. “They benefit producers directly and allow Cuba to face key food security issues.”

For Hugo Gámez, an experienced rural economist who has also been involved with IFAD’s projects in Cuba since the beginning, having a holistic and flexible strategy to improve capacities of cooperatives and the government agencies that support them has been key to IFAD’s success in the country.

“Flexibility is key in such a difficult context like Cuba,” says Gámez, as he notes the uncertainty that trade blockades, foreign currency deficit and an energy crisis creates for the future.

Despite this, I am bolstered by the energy, hope and enthusiasm of the small-scale farmers we met, as well as the commitment of our Cuban stakeholders. And IFAD is determined to help poor rural Cubans overcome the food security challenges they face.

Explore all our work in Cuba.