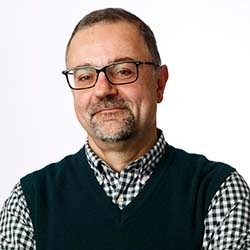 Over the years international support for indigenous peoples has grown, also sanctioned by international declarations. The most important of which can be considered the Universal Declaration of the Rights of Indigenous Peoples (UNDRIP), approved in 2007. Very often though, this support remains on paper. In fact, the UN Special Rapporteur on the Rights of Indigenous Peoples, who will be a key note speaker at the Fourth Global Meeting of the Indigenous Peoples' Forum at IFAD, has highlighted that their rights are increasingly being threatened and undermined.

The UNDRIP reminds us that the recognition of indigenous people’s rights enhance harmonious and cooperative relations between the State and Indigenous Peoples. It goes on to state that Indigenous peoples, in exercising their right to self-determination, have the right to autonomy or self-government in matters relating to their internal and local affairs, as well as ways and means for financing their autonomous functions." Article 23 refers to the rights to: "be actively involved in developing and determining health, housing and other economic and social programmes affecting them and, as far as possible, to administer such programmes through their own institutions."

How does this translate into practice for IFAD? Over 10 years ago IFAD developed the Policy on Engagement with Indigenous Peoples, which includes nine Principles of Engagement that underscore IFAD’s commitment towards the rights of Indigenous Peoples in the context of IFAD’s mandate to invest in rural people and reduce rural poverty and hunger.

When development projects are established on indigenous territories they will inevitably affect their communities. It does not matter whether the project will have positive development impact  or not. Their consent (not simply a consultation) is critical for the project to be approved. Recently IFAD has made this approach clearer through its Social, Environmental and Climate Assessment Procedures (SECAP), which foresee respect for Free, Prior and Informed Consent for all projects targeting Indigenous Peoples.

Consistent with international practice, IFAD has adopted a working definition of indigenous peoples based on the following criteria:

The Indigenous People’s Forum is a unique process within the UN system. In fact, the Forum institutionalizes IFAD’s consultation and dialogue with indigenous peoples’ representatives at national, regional and international levels. It also provides an opportunity to strengthen the partnership between indigenous peoples and IFAD.

The same principle of Indigenous Peoples Right to Development and Self-determination is reflected in the Forum and the Indigenous Peoples' Assistance Facility (IPAF) hosted at IFAD. Both are governed by representatives from indigenous organisations.

Promoting Indigenous Peoples Knowledge and Innovations for Climate Resilience and Sustainable Development will be the main theme for the Fourth Global Meeting of the Indigenous Peoples Forum that will take place at IFAD on 12-13 February 2019.