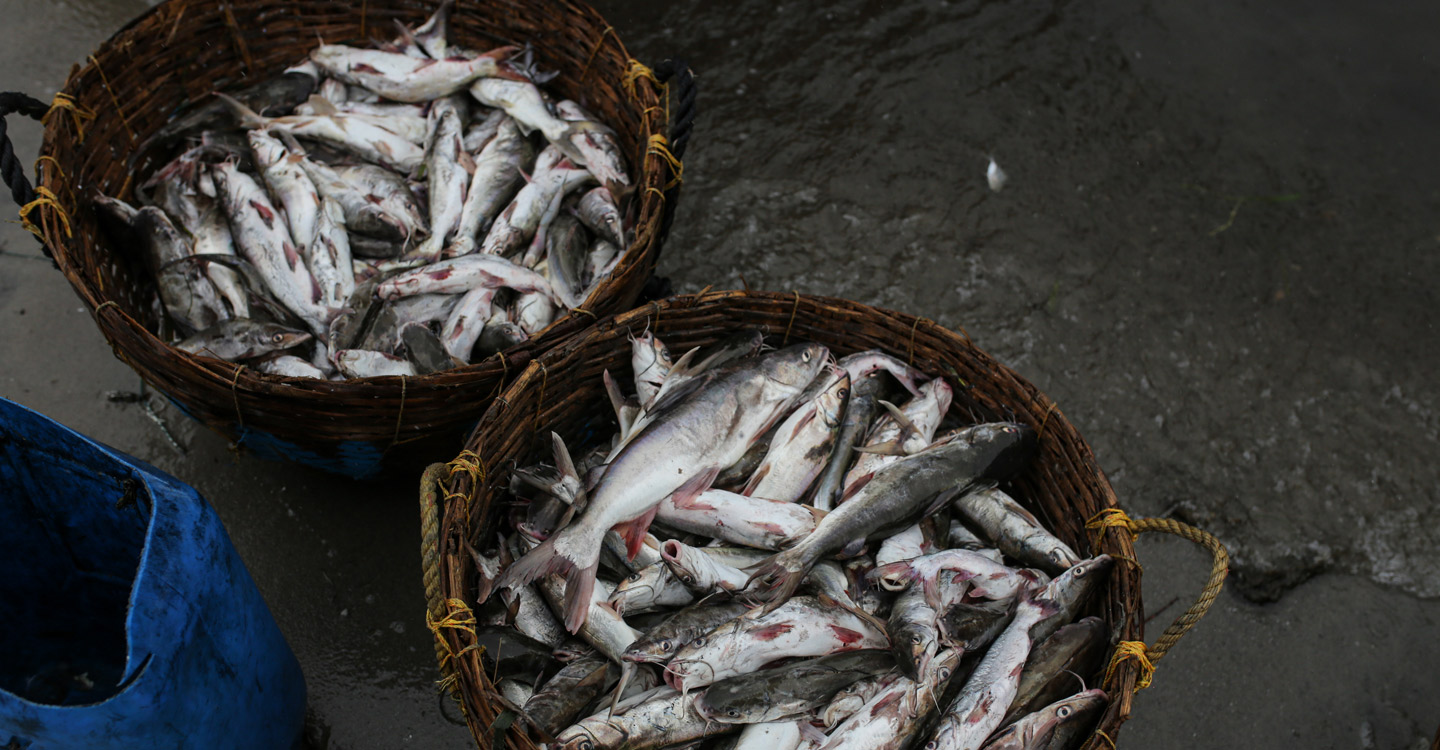 Our East and Southern Africa series is dedicated to the achievements of five youth-led agribusinesses in the Nakuru and Kilifi counties of Kenya. Each of them has had remarkable success, and each of them has taught us something valuable about rural development that we can bring forward to other projects. All of the groups in this series are supported by Vijabiz, an IFAD-funded project dedicated to empowering young people through mentorship and agribusiness entrepreneurship.

“Agriculture is not a dirty job,” says Robin Nginyi, a member of the Greenthumb Youth Group. “You can do it even in a small space – and it is very profitable.”

Greenthumb, an agribusiness group based in Kenya’s Nakuru County, has been active since 2014. Originally composed of 28 members, it’s now made up of 10 youths between 19 and 35 years old.

They’d gotten their start raising cereal crops and vegetables. But after several years, they had to admit it wasn’t as profitable as they’d hoped, and they were ready to try something else. They knew there was a high demand for fish in the area, but they had also heard that Lake Naivasha, the region’s only fishable body of water, was already overused. Ultimately, they decided to try fish farming – raising fish in man-made pools.

There were plenty of challenges at the start: The supply of fingerlings (young fish at just the right age to start the farming cycle) was low, and the fish feed that was available was of poor quality. Nakuru County, as a whole, lacked the infrastructure to support start-ups like Greenthumb. And with no formal training in maintaining an online presence, they struggled to attract customers.

Finally, in 2019, a Nakuru County fisheries officer introduced them to the Vijabiz project, an initiative offering grants and training sessions for agricultural start-ups led by Kenyan youth. It sounded like the perfect opportunity for Greenthumb, especially since they now had a unique idea of their own. They wanted to combine their interest in fish farming with their previous agricultural experience into an aquaponics venture – a fish farming system in which the same water used for rearing fish is used to grow crops. After a rigorous selection process, they were awarded a grant of US$5,000 to boost their business, plus fish farming equipment worth over US$10,000.

In less than a month, the group set up a fish pond and seven aquaponics stations. Together, these elements form a closed loop that saves on costs and space and conserves water: the crops take in water from the pond and clean it via root uptake, then it is released back into the pond. This is especially important for a group like Greenthumb, who, due to their pre-existing lease agreement, have less space to work with than many other fish farming operations.

The Greenthumb members also received extensive training. Vijabiz representatives taught the group everything from the basics of running an agricultural business, to the best practices unique to the fisheries sector, to the use of social media to boost sales. Vijabiz also brought half the group on a tour of a successful fish farm in Sagana, 200 km to the east of Nakuru, where they got hands-on practice in pond management and fish care. Meanwhile, leadership and entrepreneurship sessions helped Greenthumb learn how best to work together as a group.

Today, Greenthumb raises about 1,000 tilapia per cycle in just 70 m2 of water. At 14 fish per square meter, that’s much denser than most other fish farming operations, which average about three to four fish per square meter – but because of the extra filtration provided by their aquaponics stations, their fish are healthy and thriving. The stations themselves are used to grow spinach, kale, black nightshade and amaranth – crops indigenous to the area. All told, despite their lack of space, they’re about four times more productive than the average fish farming business.

Once grown, the fish are harvested and processed into a variety of foods, and the crops are sold to various markets throughout Nakuru County. Thanks to their social media training, Greenthumb now has an online presence that attracts customers and boosts sales.

The benefits of their work are reaching farther and farther, too. Their success has created jobs all along the fisheries value chain – from fish feed vendors, to drivers who transport the fish to market, plus the fish sellers themselves – thus creating additional income for young people and small-scale producers throughout the county.

They’ve kept the attention of the fisheries officers, too. Encouraged by Greenthumb’s success, the county government has decided to follow them as a pilot project in hopes of inspiring more people to take up sustainable fish farming practices.

Greenthumb’s experience reminds us of the need for continuous investment in the blue economy – the sustainable use of ocean resources for economic growth and improved livelihoods.

Currently, IFAD’s blue economy portfolio in the East and Southern Africa region comprises three projects: ABDP (Kenya), PRODAPE (Mozambique) and AFDP (Tanzania). There is tremendous potential for further diversification and commercialization of growth to benefit the region, especially via partnerships that include the private sector (e.g., regional fisheries organizations) and governmental allies. For example, IFAD is currently exploring potential collaborations with the EU on fisheries projects in the region. These efforts are also an ideal backdrop for advocating for an enabling environment (i.e., via regional and national policies favouring equitable growth and environmental sustainability).

Moreover, Greenthumb’s success is proof positive that IFAD’s investment in this sector can create jobs for young men and women in sustainable blue economy activities (especially innovative methods like aquaponics), train them in ICT and other valuable business skills, and ensure a steady source of income. It is also evidence that many governments are invested in the progress of their youth. In addition to the Vijabiz grant, for example, Greenthumb has received a further US$2,000 in funding through Kenya’s Ministry of Agriculture, Livestock and Fisheries.

As the example of Greenthumb shows, this is a step in the right direction – and their success could be emulated in other projects throughout IFAD’s blue economy portfolio.

Click here to listen to the voices of the Greenthumb Youth Group.