Over a decade ago, in the region of Tombali, Arama Tudarame’s husband and local chief sought land around their village suitable for growing cashew trees. Then, as now, monoculture of the kidney-shaped nut dominated the country’s agricultural sector. Most rural farmers in Guinea-Bissau depend on cashews as their primary source of income, selling their yields in exchange for imported rice.

Instead, what they found were water-logged lowlands: overgrown and abandoned fields ideal for growing their own rice. In the bas-fonds, as these are known, rice cultivation is typically dominated by women smallholder farmers. “We knew we could grow rice there, but we had no machines,” Amara explains. “We had to do everything by hand, so not very much of the land was used.”

Since 2015, increasing domestic production and consumption of rice has been a priority of the national government. In 2017, with assistance from IFAD’s Economic Development Project for the Southern Regions (PADES), the community embarked on a tireless mission to mobilize their labour and resources to rehabilitate the land for that purpose.

A key driver of success here has been the scale-up of a management committee model, which was implemented by a previous IFAD project in the region. Typically, committees are composed of ten members representing men, women and youth of the community. Members are chosen by an assembly of their peers to lead different aspects of the project interventions. Bolanha Management Committees are charged with managing all activities in the paddies, since in the local Creole language, a rice paddy is known as a ‘bolanha.’

Led by Amara, the local committee engaged in a door-to-door campaign recruiting volunteers and gathering contributions to support the rehabilitation work. Families were asked to donate one kilo of rice and 100 Francs, which were then used to purchase fish and oil. “Men don’t cultivate very much in the bas-fonds, but they helped us clear the land. Two to three times per week a group of us would collect contributions from sunrise to sunset and we gathered volunteers to cook for everyone who was in the fields helping.” 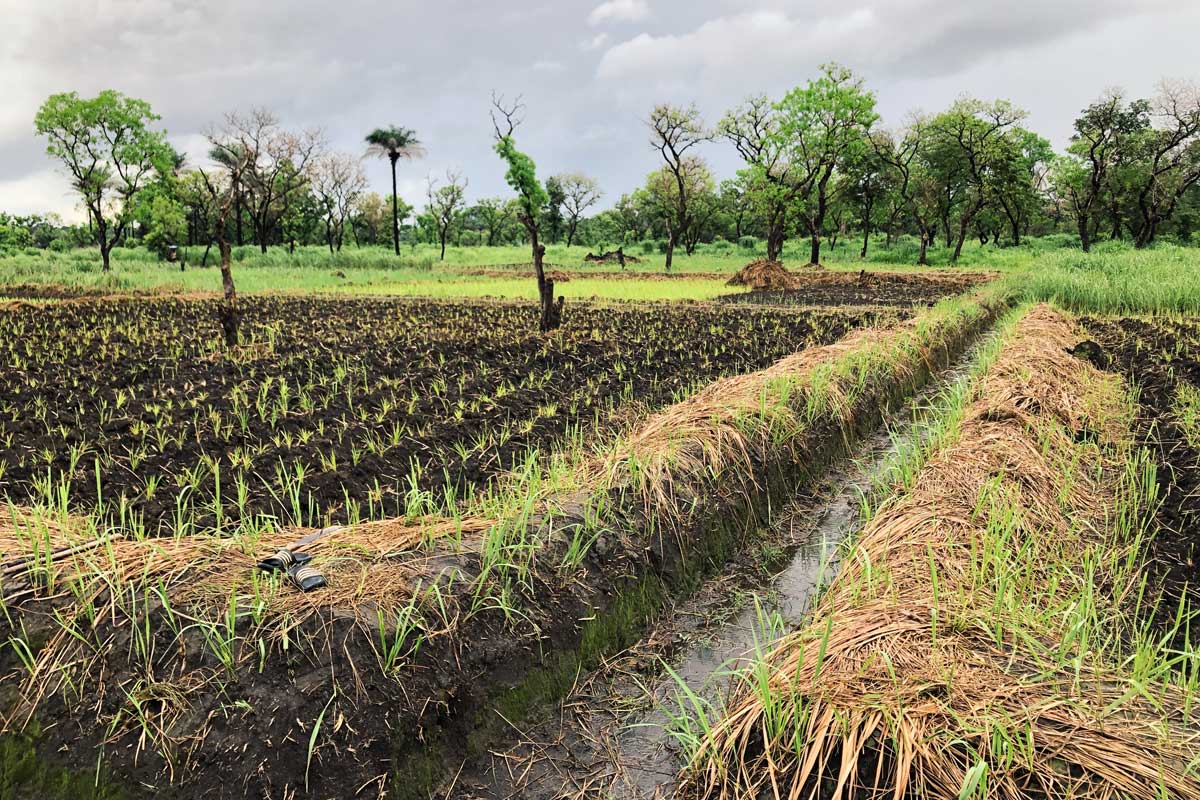 After the initial clearing and clean-up activities were completed, heavy machinery was used to build tall dykes for improving water retention and deterring pests. Previously, rats had been a major obstacle to productivity, eating a significant portion of the crop every year. “2018 was the first year that the animals didn’t invade the fields and eat all of our rice, so we had much more surplus,” Amara recalls.

The community also chose six members to attend a five-day training led by the National Agricultural Research Institute (INPA). Four women and two men were taught the nursery method of seed transplantation, appropriate practices for parcelling out fields, and other processes to increase their yields. After the training, they were responsible for teaching the rest of the community what they had learned.

An important change since the project began has been formalizing the parcelling out of paddies in plots of 25x25 meters. Allocations used to function on a system of informal borrowing. Now, documentation is used and every person who owns or is responsible for a bolanha agrees to pay 1000 Francs into a communal fund. Managed by the Committee, this fund is used to cover emergencies or costs that have implications for all the farmers, the majority of whom are women. In the past the fund has been used to rent a machine to assist with constructing bunds to facilitate planting. 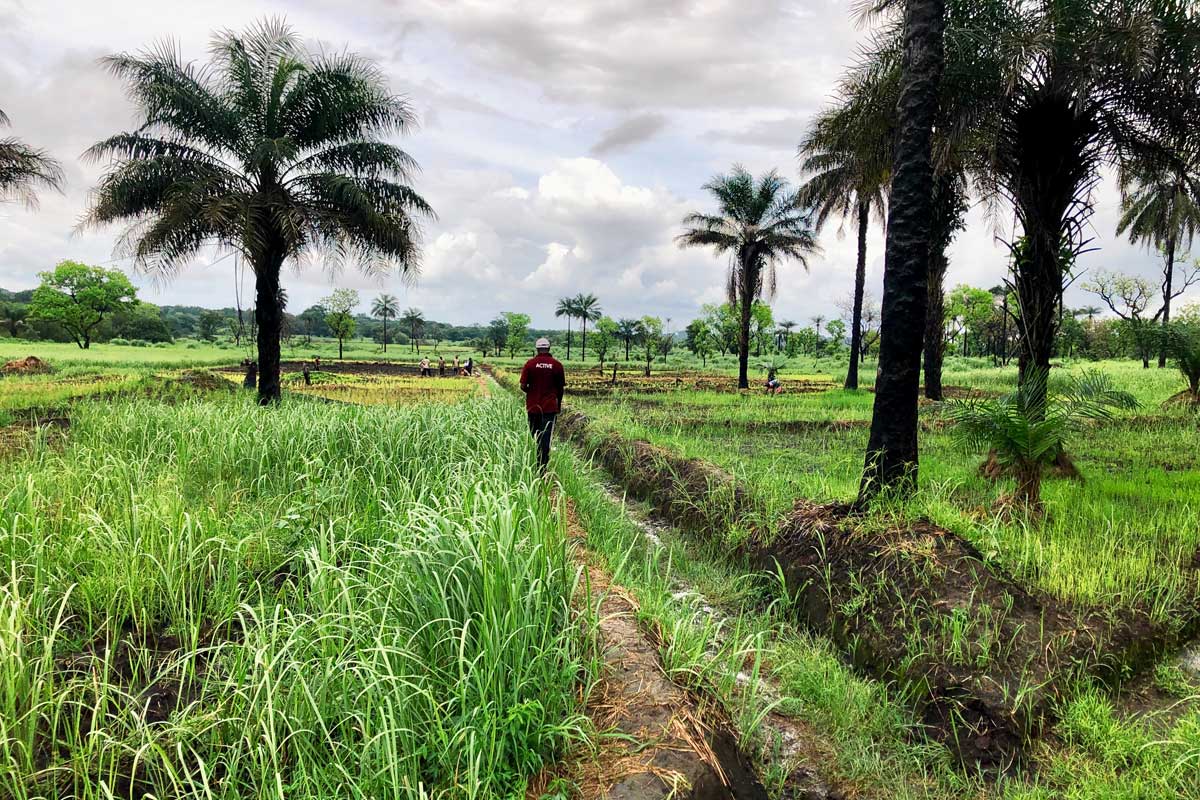 A total of twenty-three hectares of lowlands have been rehabilitated for improved rice cultivation with assistance from PADES. In addition, community members have benefitted from the improved soil quality and water management system to begin planting other crops like sweet potatoes. Complementary activities outside of the rice growing season contribute to diversifying diets, increasing incomes and building resilience against the economic and climate shocks of growing a single crop.

Meanwhile, the committee model provides a sustainable and enduring approach to community development activities. As for the future, increasing horticulture and expanding literacy classes for women are two initiatives that Amara says the current Committee is exploring to continue consolidating benefits from the project interventions. “What we learn doesn’t leave us. We practice it every day so we will carry it always.”