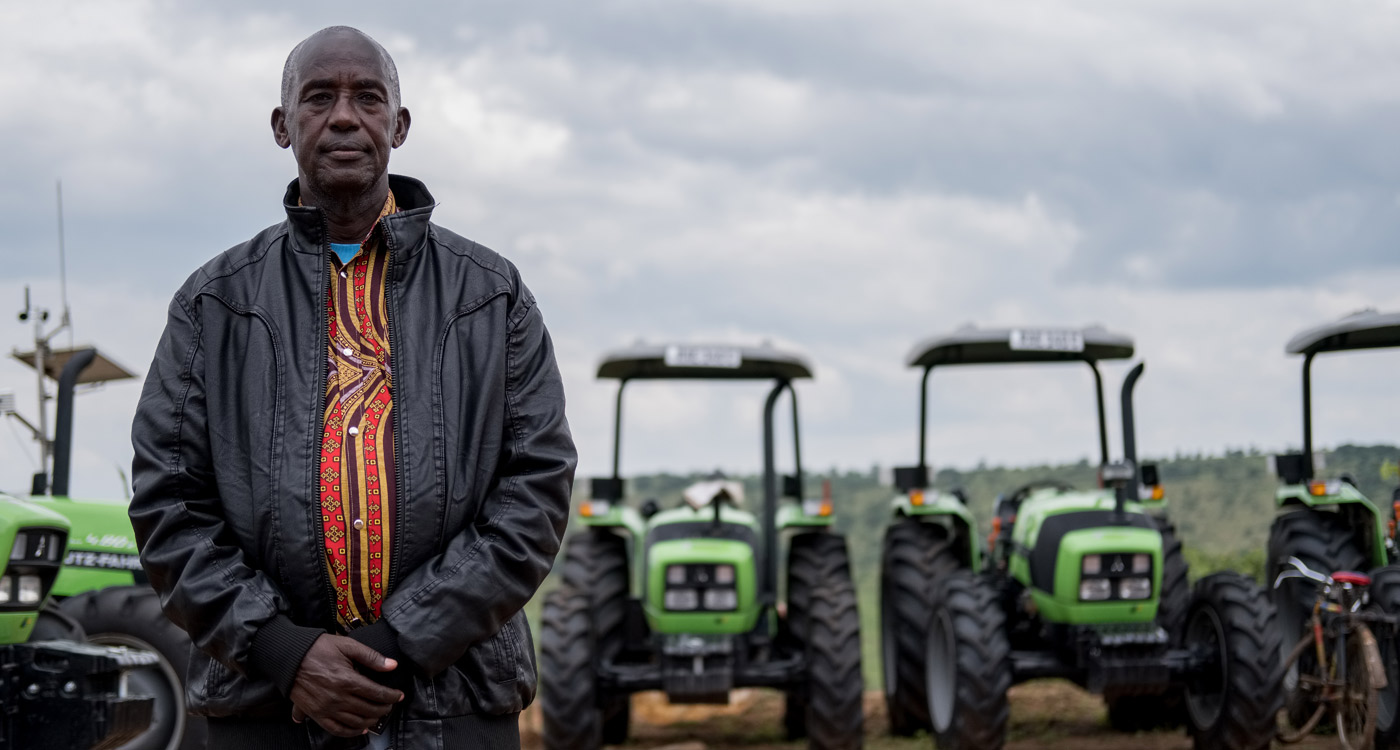 In this month’s episode, we continue our focus on the first-ever UN Food Systems Summit. First we hear from IFAD’s President, Gilbert Houngbo. We also talk with Ertharin Cousin, one of the official Champions for the Summit, and Dr. Jonathan Davies, the lead on agriculture at the International Union for the Conservation of Nature. Ertharin and Dr. Davies will speak about how we can make food systems work better for people and nature.

Then we have the latest on aquaponics and vertical farming, and on some technological innovations in pig farming in China. We also speak with Chef Roy Caceres of Colombia, one of our newest Recipes for Change chefs, and find out what inspires him. Plus, the fine people at Too Good to Go tell us how their app is helping to cut down on food waste.

As part of its coverage of the Food Systems Summit, the news agency Devex, in partnership with IFAD and others, has been looking at the key issues surrounding food systems.

Recently, Devex founding president and editor-in-chief Raj Kumar sat down for a conversation with Gilbert Houngbo, President of IFAD, and Ruramiso Mashumba, Youth Lead for the Zimbabwe Farmers’ Union, about their hopes for what the Summit will achieve.

Ertharin Cousin knows a thing or two about food systems. A former leader of the World Food Programme, Ertharin is now the founder and CEO of Food Systems for the Future, as well as an official Champion of the upcoming Summit.

She spoke with us about the need to look at systems as a whole. For too many years, she says, our focus has been too narrow; what we must do is develop a food systems approach to development.

The importance of soil biodiversity, with Jonathan Davies

Jonathan Davies is the Global Lead on Agriculture for the International Union for the Conservation of Nature (IUCN). He’s also one of the lead authors on the Common Ground Report, an examination of the ways that agriculture can sustain and improve soil biodiversity.

He spoke with us about the best ways to balance investments in food security with biodiversity. And, because agriculture can be a major cause of biodiversity loss if not managed properly, he adds that it’s key for the Summit and the upcoming UN Biodiversity Conference to promote biodiversity conservation through agriculture.

Jake Mortimer on the benefits of aquaponics

Jake Mortimer grew up on his family’s farm near Lake Naivasha in Kenya, which is where he first saw hydroponic farming in action. This method – which involves growing crops directly in nutrient-rich water – allows farmers to skip the soil entirely, thus avoiding problems such as soil erosion.

Having recently graduated from the UK’s Royal Agricultural University, Jake is now working on combining hydroponics with aquaponics: a system in which the water for the crops is also used to raise fish.

For centuries, pork has been the most widely consumed meat in China. Statistically speaking, the average Chinese person eats about 30 kilograms of pork a year. Multiply that by about 1.4 billion people, and it’s no wonder that many of China’s pig farmers are struggling to keep up.

Fortunately, there’s a new tracking system that may be of some help. Matteo Marchisio, IFAD’s Country Director for China, stopped by to explain how the system works and how it’s helping small-scale farmers improve the quality of their meat – all while giving customers a way to learn about the origins of their food.

Chef Roy Caceres grew up in Bogotá, Colombia. In 1993, he moved to Italy – a country that has since won over both his heart and his palate.

Discovering the richness and variety of Italian cuisine encouraged him to open his restaurant Metamorfosi in 2010, where he merges his Colombian roots with Italian flavors.

Our reporter Keyla Carvalho asked Chef Roy about his inspirations as a chef, the products he uses in his recipes, and how he hopes to contribute to our Recipes for Change campaign.

Reducing food waste with Too Good to Go

Food waste in developed countries is a serious problem – but now it’s easier than ever to support sustainable circular food systems.

Too Good to Go is just one company working towards food sustainability. Having gotten their start in Copenhagen, they’ve now expanded across Europe and North America. The key to their system is an app that connects users with stores and restaurants that have unsold food, allowing users to play a part in reducing food waste right in their own neighborhoods.

They also work directly with educational programmes in schools – and lately, they’re getting involved in advocacy too.

We spoke with Philippe Schuler, Global Impact Manager for the company. Philippe’s message to the Summit is that we need to raise awareness about food waste and promote circular food systems that will guarantee sustainability far into the future.

Over the last few episodes, we’ve been hearing from small-scale farmers and producers across the globe about the challenges they face and their hopes for the future – and we’re delivering their messages to world leaders for the Summit.

In this episode, we hear from a dairy and rice farmer from Burundi, a beekeeper from Senegal, and a fisherman from Djibouti.

Thanks to our producer Francesco Manetti, our reporters Michelle Porter and Keyla Carvalho, and everyone else who’s worked on this programme.

But most of all, thanks to you for listening to this episode of Farms. Food. Future., brought to you by the International Fund for Agricultural Development.

Coming up next month, we’ll explore the connections between biodiversity and agriculture ahead of the UN Biodiversity Conference being held in China this October.

Remember, we want to hear from you – what you think about our stories and the issues discussed, and who you want us to be talking to – so please get in touch at podcasts@ifad.org.

You can send us your voice or text messages to that address and we’ll be happy to play you out in the next show.

We’ll be back at the end of September with more news fresh from the farm.