This project works to restore capital lost at the rural household level during Liberia's civil war by channelling direct benefits to vulnerable groups and providing support for the short-term recovery of farming communities. In the process, it is helping to build a foundation for long-term rehabilitation and participatory development.

The project reaches out to the most vulnerable rural households in its target area. It concentrates interventions in Grand Cape Mount, Bomi, Montserrado and Grand Bassa, where many small-scale rice and cassava farmers are located. Most of the target households – especially those headed by women – are socially excluded and thus have a comparatively diminished capacity to recover from the impacts of war.

Among other innovations, the project is distributing ASRP packages consisting of seeds, planting materials, and small animals and birds, in order to rapidly enhance farmers' food security and incomes. 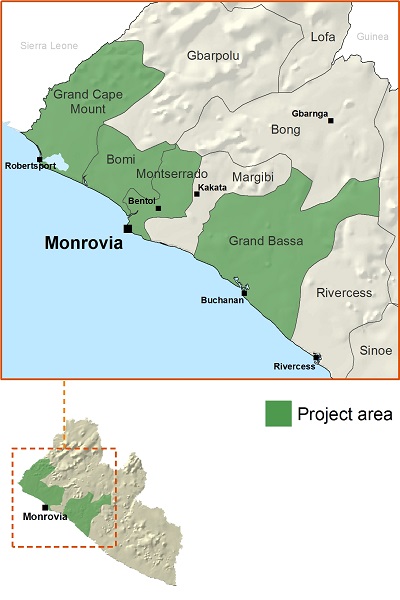