While Lebanon's political climate remains relatively stable, the country continues to be affected by the impact of the regional instability and war in Syria, and has been overwhelmed by an estimated 1.5 million Syrian refugees, adding to the existing 450,000 Palestinian refugees. According to the World Bank, refugees now make up around a quarter of Lebanon’s 6.08 million population, straining public finances, service delivery and the environment.

While overall unemployment is estimated at 6 per cent of the active population, youth unemployment reached 17 per cent.

Agriculture generates just 2.9 per cent of economic output, yet it employs 12 per cent of Lebanon’s workforce. Just 11 per cent of Lebanon’s population live in rural areas, but over 20 per cent of households in the agricultural sector are classified as very poor. In the absence of a legislative framework and clear policy, refugees work in farming while rural regions of North Lebanon and the Bekaa Valley experience poverty rates of 36-38 percent.

With its Mediterranean seaboard, Lebanon has relatively high winter rainfall but has problems with water quantity and quality, making it vulnerable to climate change. That affects the livestock sector which dominates rural employment. The Syrian crisis has had broad effects on the economy, including farmers, who suffer restrictions on access to border areas and higher costs.

In response to the Syrian crisis, IFAD has established a Facility for Refugees, Migrants, Forced Displacement and Rural Stability (FARMS), to ensure that poor rural people overcome poverty through remunerative, sustainable and resilient livelihoods.

In 2009, IFAD financed a small country grant of US$200,000 to support capacity-building for a pro-poor review and launch of a national Agricultural Development Strategy.

(i) increase opportunities and improve living conditions for communities depending on dairy livestock through improved production, capacity development, access to veterinary services, and policy dialogue, and

(i) assisting the GoL in strengthening the livestock sector;

(iii) triggering grant resources upon request by GoL to urgently respond to the influx of refugees into the region.

(i) to increase the income of smallholder dairy producers and processors, and

(ii) to increase in employment opportunities of young Lebanese in communities affected by the Syrian crisis and young Syrians living in these areas. 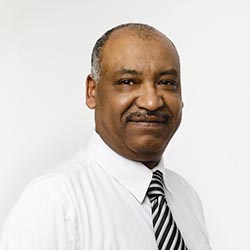 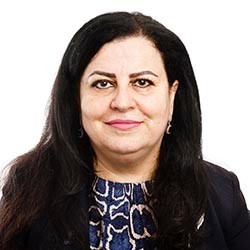 August 2019 - NEWS
About 6,080 resource-poor Lebanese rural households and Syrian refugees will benefit from a new US$12 million project that aims to increase the income of smallholder dairy producers and processors, as well as to increase employment opportunities for young Lebanese in communities affected by the Syrian crisis and young Syrian refugees.
VIEW MORE

November 2020 - STORY
Apple season in Lebanon is much like apple season in many other parts of the world. But in Lebanon, apple growers – along with small-scale farmers of all kinds – face a number of constraints on their ability to efficiently grow and sell their crops.
VIEW MORE