Morocco undertook broad reforms in the wake of popular uprisings that affected many other North African countries in 2011. A new government, appointed in April 2017, was expected to pursue economic renewal and focus on job creation.

Economic growth was 4.5 per cent in 2015, but climate-driven variations in agricultural production have long made growth rates volatile. Agriculture contributes 14 per cent of gross domestic product (GDP). Of Morocco’s population of 34.3 million in 2015, close to 42 per cent live in rural areas, where farming and fishing provide 80 per cent of incomes.

Poverty is essentially a rural phenomenon in Morocco. About three quarters of poor people in the country live in rural areas. Under Morocco’s ambitious National Initiative for Human Development the poverty rate fell from 14 per cent in 2004 to 6.2 per cent in 2011.

Many rural people have access only to limited amounts of un-irrigated arable land, which has poor agricultural potential. Because farmers often lack formal title to land, it is difficult for them to obtain credit necessary to diversify their sources of income.

The country’s mountainous areas, steppes and arid south are home to most of the poorest Moroccans. The most vulnerable groups include smallholders, people engaged in artisanal fishing, landless people, rural wage earners, unemployed young people and women.

In Morocco, IFAD loans work to improve the incomes and living conditions of poor rural people.

Our country strategic opportunities programme (COSOP) for Morocco focuses on poor regions where rain fed agriculture is the main source of income. It is aligned with the second pillar of the Plan Maroc Vert strategy adopted by the Moroccan government in 2008 to revitalize agriculture.

IFAD works to ensure projects are sustainable by sharing responsibility for their success with poor rural people.

An estimated 11 million Moroccans, around one in every three, live in a rural areas.

Agriculture and fisheries contribute nearly 20 per cent of gross domestic product, and 80 per cent of income in rural areas. 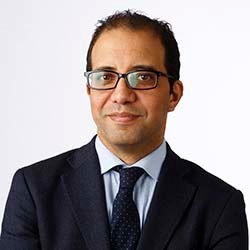 IFAD to provide $46.5 million to reduce poverty and revitalize mountain areas in Morocco

December 2016 - NEWS
Rome, 19 December 2016 – The International Fund for Agricultural Development (IFAD) and Morocco today signed a financing agreement to improve the living conditions of rural people in mountain areas and reduce poverty by 30 per cent by 2030.

In rural Morocco, one woman’s efforts transform the lives of many

May 2022 - STORY
When Fatima-Zohra first arrived in her new home, a rural village in the Moroccan highlands, she discovered the local women didn’t have many job opportunities. But they were enthusiastic about the idea of going into business for themselves – and so Fatima-Zohra got to work.

December 2020 - STORY
Digital technologies have become our constant companions over the last few decades. Devices like smartphones and laptops have become even more relevant after the COVID-19 outbreak, helping us stay in touch even in times of physical distance.

Investing in rural people in the Kingdom of Morocco