Rwanda is a small, landlocked country with limited natural resources and a modest mining industry. The population has grown at a rate of 2.6 per cent over the last 10 years, reaching a total of 10.8 million people in 2012. Rwanda has a population density of 416 persons per square kilometre, the highest in Africa.

The country is still largely rural (85 per cent) and dependent on agriculture. Rwanda has achieved extraordinary results in the two decades since its 1994 genocide. Thanks to strong economic growth over the last 10 years, poverty has declined from 57 per cent (2005) to 45 per cent (2011) but remains high in rural areas.

About one in four rural households live in extreme poverty. Poverty is a rural phenomenon in Rwanda, with 49 per cent of rural residents living in poverty compared with 22 per cent in urban areas (2010).

Poverty is highest (76.6 per cent) among households who obtain more than half their income from working on other people’s farms. Chronic malnutrition (stunting) afflicts 43 per cent of children under five.

The country’s long-term development goals are embedded in its Vision 2020, which is focused on good governance, development of human resources, a private-sector led economy, infrastructure development, market-led agriculture and regional economic integration. Vision 2020 seeks to transform Rwanda from a low-income, agriculture-based economy into a service-oriented economy by 2020.

Despite the country’s success in establishing a sound investment climate, foreign direct investment remains low. The main constraints to accelerating growth, investments and exports are lack of economic infrastructure, a limited skills base and increasing vulnerability to climate risks.

The agriculture sector is hard hit by climatic conditions, especially drought, intense and erratic rainfall, increasing incidence of high winds and seasonal temperature shifts. If not addressed, climate variability will impose significant economic costs – estimated at between US$50 million and US$300 million annually by 2030 – given the country’s dependence on rainfed agriculture.

In Rwanda, IFAD is working to reduce poverty by empowering poor rural men and women to participate in transforming the agriculture sector and in rural development, and by reducing their vulnerability to climate change.

Our country strategic opportunities programme in Rwanda (2013-2018) is aligned with the government's Economic Development and Poverty Reduction Strategy II and the Strategic Plan for the Transformation of Agriculture III.

Rwanda is the most densely populated country in Africa, with 416 inhabitants per square kilometre.

The poverty rate is highest in rural areas, where 71.2 per cent of the country’s population lives (2015). The percentage of people living in poverty in rural areas is 49 per cent compared with 22 per cent in urban areas. 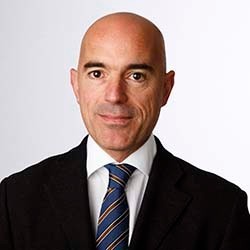 May 2022 - NEWS
The Vice President of IFAD, Dominik Ziller, will meet with Edouard Ngirente, Prime Minister of the Republic of Rwanda, as well as other high-level government officials during a visit starting 9 May.

August 2019 - NEWS
In partnership with the African Union, leaders of four multilateral agencies – The African Development Bank, the Food and Agriculture Organization of the United Nations (FAO), the International Fund for Agricultural Development (IFAD) and the World Bank-- called a high-level meeting with development partners on August 5-6 in Kigali, Rwanda at the first Africa Food Security Leadership Dialogue (AFSLD).

Rwanda and IFAD partner to reduce poverty in drought-prone areas

June 2019 - NEWS
About 7,167 poor and food insecure rural households in Rwanda will benefit from a new US$24.7 million project that aims to improve food and nutrition security, climate resilience and raise incomes by increasing production.
view more

Meet some of the women leading sustainable development around the world

March 2022 - STORY
Sustainable development can only be achieved with the contributions of rural women, yet they face many challenges. Let’s meet three women who have transformed their lives with the help of the JP RWEE initiative.

Recipes for Change: Bananas with beans and split green peas

October 2016 - STORY
Rwanda's small farmers rely on rain fall to grow their main food crops, including sorghum, bananas, beans, sweet potato and cassava. Although the central African country has a favourable climate for agriculture, climate model scenarios show increases in average temperature of up to 3.35°C by 2100, and a change in the timing of the two cropping seasons that characterize Rwanda's traditional farming system.

January 2019 - STORY
IFAD is piloting the use of household methodologies (HHMs) for gender equality and climate change adaptation as a way to accelerate progress towards the economic empowerment of rural women in Rwanda.
VIEW MORE

June 2022 - BLOG
Conventional wisdom has long held that giving grants to small-scale farmers produces temporary gains at best. But recently, our research into a grants-based intervention employed by PRICE, an IFAD-funded initiative in Rwanda, found benefits that have lasted for five years and counting.

October 2018 - BLOG
One of the greatest challenges facing humanity today is how to feed an ever growing population.
view more

Investing in rural people in Rwanda

April 2022
Since 1981, IFAD has financed 19 rural development programmes and projects in Rwanda, for a total amount of US$358.04 million, and directly benefiting about 1,540,157 rural households.

February 2020
This study reviews evidence on initiatives that invest in climate-resilient infrastructure to support smallholder farmer organizations and agribusinesses in the micro, small and medium-sized enterprises (MSME) category and, ultimately, to foster inclusive and sustainable agricultural value chains. Case studies from the BRACED and ASAP programmes across sub-Saharan Africa are presented.

August 2019
To reduce the amount of foreign currency spent on importing wheat, it is essential to use improved varieties and practices to increase Africa’s domestic production quickly.
view more

April 2019 - VIDEO
Farmers in Rwanda can lose around 30 per cent of their harvests before they even reach the market, due to a lack of adequate means to dry, store and transport the crops.

The Real Groundbreakers: Claudine from Rwanda

March 2019 - VIDEO
Through the power of a women’s farming co-operative in Rwanda, Claudine is using new techniques and seeds for better cassava harvests.

June 2016 - VIDEO
This is an introduction to a series of 4 training videos and details how IFAD has promoted the spread of SRI from Madagascar to Rwanda and then Burundi. Malagasy farmers went to Rwanda to share their knowledge and Burundian farmers then visited the same Rwandan farmers to take the knowledge back home. This farmer to farmer teaching and learning has proven to be very effective.
view more