With a population exceeding 180 million people, Pakistan is the world’s 26th-largest economy and sixth most populous country in the world. Agriculture accounts for roughly 25 per cent of GDP, and Pakistan is among the world’s top producers of wheat, cotton, sugarcane, mango, dates, rice and oranges.

Poverty is predominantly a rural problem, with rural people comprising more than 60 per cent of the population (116 million) and accounting for 80 per cent of the country’s poor. Rural farmers face small landholdings; poor access to markets; a lack of access to credit, inputs and support services; limited off-farm employment opportunities; and policy and institutional constraints.

The country has a high number of young people, with over 55 per cent of the population below the age of 25 and over 35 per cent between 25 and 54 years. Considerable gender disparities exist on account of socio-economic, political and health factors. The adult literacy rate is 56 per cent, but there are huge variations between the urban and rural population and across regions.

Large amounts of agricultural production and the continuously increasing population place high demands on Pakistan’s water resources. Vast majority of the country’s water resources – some 90 percent – is used for agriculture, while the remaining share is split equally between the industry and the domestic use.

The country faces numerous natural and manmade disasters such as floods, earthquakes, landslides, draughts, and conflicts, such as the flood of 2010, which affected 20 million Pakistanis.

Since IFAD began its operations in Pakistan in 1978, our focus has been on combating rural poverty by promoting integrated participatory rural development.

Building on past experience and lessons learned, with the aim of expanding and scaling up successful models, IFAD’s country programme in Pakistan is evolving and aligned with the Government’s development and policy agenda. National and other development resources will be leveraged in pursuit of province-wide and programmatic approaches under a strategy of:

As a complement to these strategic directions, ongoing and pipeline projects are facilitating and promoting housing security and asset transfers for vulnerable groups, skills development (including vocational training), and enterprise and value chain development; access to financial services and financial inclusion are also being pursued.

The cross-cutting issues of nutrition, gender, youth, and climate change resilience and water resources management are mainstreamed across the entire portfolio through well-defined strategies, interventions and investments.

Pakistan is the world’s 26th-largest economy and 6th most populous country, with an estimated population of 191 million. Agriculture accounts for 20 per cent of Pakistan’s GDP.

Since 1978, IFAD has supported 26 programmes and projects in Pakistan for a total amount of US$604.8 million and directly benefiting 2,080,400 rural households. 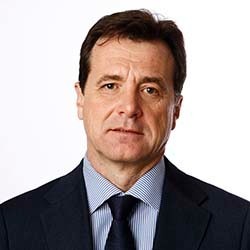 Planting seeds in the new normal: Rural women in Pakistan amid COVID-19

May 2020 - STORY
In rural Pakistan, women are important partners in agricultural development. They perform a variety of crucial tasks, including weeding and tilling land, planting seeds, collecting farmyard manure and harvesting. They are also responsible for cleaning, drying and storing grains.

August 2020 - STORY
The restrictions put in place to contain the spread of COVID-19 in Pakistan were designed to keep the population safe and healthy, but have spelled severe losses for many rural businesses.

December 2014 - STORY
Shazia Bibi lives in Akhoon Bandi village, Khyber Pakhtunkhwa, Pakistan. She was in her mid-thirties when she was interviewed on 16 November 2009 for
VIEW MORE

Investing in rural people in Pakistan

December 2019
Since IFAD began its operations in Pakistan in 1978, the focus has been on combating rural poverty by promoting integrated participatory rural development.

June 2018
In March 2018, IFAD and the Government of Pakistan organized a one-day seminar entitled “Preparing Rural Communities to Cope with Climate Change through South-South and Triangular Cooperation”.

Pakistan: Breaking the cycle of poverty

October 2018 - VIDEO
The poorest people in the world are trapped in what is called the 'cycle of poverty'. Their familiies are so poor that they cannot access the necessary resources to improve their lives.

December 2019 - VIDEO
Deep in the mountainous region of northern Pakistan sits the picturesque village of Minimarg. Almost 200 kilometres from Gilgit, the region’s capital, Minimarg can only be accessed via the 4,000-meter Burzil Pass.
VIEW MORE