Mali is a large landlocked country in the desert and Sahel zone of West Africa. Its 17.6 million people, 47 per cent under the age of 15, are spread across 1,240,000 km2, but 90 per cent live in the south, near the Niger and Senegal rivers. The country's economy centers on farming and fishing. Gold and cotton are the main exports, complemented by remittances from migrants working abroad.

A military coup in 2012 was followed by a three-year political and security hiatus. However, normality now seems to be returning, and Mali achieved growth in GDP of 6.0 per cent in 2015 and 5.4 per cent in 2016, according to the World Bank.

In Mali 60 per cent of the people live in rural areas, where farming and agro-pastoralism are the main occupation and poverty runs at 53 per cent. This drives out-migration.

Agricultural production is expected to fall by about 17 per cent by 2050.

Yet agriculture has great potential for development. The big impediment is lack of access to finance, and the resources and services needed by young people especially to engage in productive activities.

IFAD has been funding projects in Mali, and in particular regions stretching across the Sahara and Sahel, for 30 years.

In Mali, 60 per cent of the population lives in rural areas, where 53 per cent suffer poverty.

Farmers and agro-pastoralists are typically the poorest section of society, with a poverty rate of 57 per cent.

Of the poor people living in rural areas, 90 per cent are located in the south of Mali where population density is highest.

Since 1980 IFAD has supported 13 programmes and projects in Mali totaling US$229.1 million, benefiting more than 516,000 rural households. 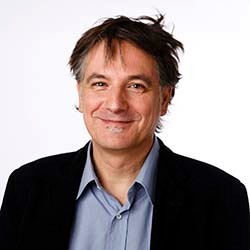 Sahel Crisis leaves millions on the brink of hunger

February 2020 - NEWS
Ibrahim Boubacar Keïta, President of the Republic of Mali will address journalists against a backdrop of a rapidly escalating crisis across the Sahel,immediately following the opening of the IFAD annual meeting of Member States on 11 February.

February 2020 - NEWS
Against a backdrop of an escalating security crisis where 4.3 million women, men and children are at risk of increased food insecurity and starvation in Mali, Ibrahim Boubacar Keïta, President of the Republic of Mali, launched an urgent call to the global community to combine efforts and show solidarity in order to eradicate hunger and poverty in the Sahel.

March 2020 - NEWS
The Government of Mali and IFAD held a workshop in Bamako on 5 March 2020 to prepare a new results-based country strategic opportunities programme (RB-COSOP) for the period 2020-2024.
view more

November 2017 - STORY
In Mali, young rural people find it difficult to borrow funds to start or develop their agricultural activities. This may now change thanks to the Babyloan Mali platform.

April 2022 - BLOG
We used GIS to assess the impact of IFAD-supported projects on the likelihood of conflict in fragile contexts. Our results suggest that the presence of IFAD interventions may prevent conflicts from arising and reduce the overall number of conflicts.

January 2021 - BLOG
In 2009, I travelled by road to Timbuktu, Mali on a short field trip. As we made our way down the dusty roads, I remember wondering what could possibly pull this arid, sparsely populated land into relative prosperity.
view more

“Fruiting Africa” for health and wealth

December 2018
Since 2006, IFAD and the European Union have partnered to invest over EUR 230 million in agricultural research programmes carried out through the CGIAR system.

September 2014
The project will increase the availability of adaptation assets and knowledge, which will enable target households to cope with the changing climate situation.
view more