Why must we wait another generation to close the gender gap? Women are long overdue a seat at the table

Why must we wait another generation to close the gender gap? Women are long overdue a seat at the table 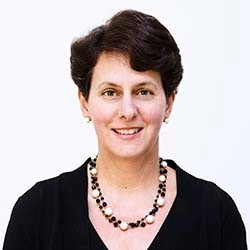 Last year, the World Economic Forum revised its estimates for closing the gender gap. Shockingly, rather than reaching equality sooner, the gap has increased a generation. The late U.S. Supreme Court Justice Ruth Bader Ginsburg once said “women belong in all places where decisions are being made. It shouldn't be that women are the exception.” At IFAD, we work to achieve a more equitable rural world, one where women’s participation in decision-making is no longer an exception.

Let’s take the case of Margaret Ayoo, formerly a landless labourer in a remote village in Uganda. Like many of her fellow women villagers, Margaret toiled as a landless agricultural worker, barely making ends meet. Tilling someone else’s land precluded her and her children from a good education. Until she met Molly Ajok, an IFAD-supported mentor who helps communities engage women in decision-making. Under Molly’s guidance, Margaret went on to own her land and be the treasurer of the local Savings and Loan association. This provided her an opportunity for personal growth, and a platform to serve other women and the community at large.

Margaret wasn’t alone of course; millions of women across the globe suffer personal hardships due to unequal access to assets and information. A lack of women’s leadership in producer organizations and rural entities in developing countries means the voices of nearly 1.7 billion women and girls are not heard. This hinders women’s access to benefits provided by these entities, such as knowledge, agricultural inputs, and better links to markets and government authorities.

Even when women play a key role in earning an income for the household, they often have little control over how this money is spent. This in turn affects the well-being of all household members, particularly children.

Improved gender equality and well-being for rural women requires better infrastructure and essential services, changes in workload, better health, training and education. We must interrogate and dismantle the stereotypical social norms that limit the roles of both men and women.

IFAD believes that substantive gender equality can be advanced by policy and project work led by international financial institutions (IFI), United Nations and development agencies – particularly in the application of measures to interrogate and dismantle the stereotypical social norms that limit the roles of men and women. Supported by international law, UN organizations and IFIs perform this crucial work at the national, community and household level.

Advancing gender equality in rural communities has three dimensions: economic empowerment, including access to productive assets, markets, finances and technologies; participation in decision-making; and better sharing of workloads and benefits.

As both an international financial institution and UN entity, IFAD is the only specialized global development organization exclusively dedicated to transforming rural agriculture, economies, and food systems.  With this laser-focused mission, IFAD seeks to address the core issues hindering rural women’s participation in decision-making.

As IFAD celebrates rural women this month, we must also confront the shocking fact that gender equality is now even more distant. As we stand together to counteract this, we can and must redouble our work to have women included at all levels of decision-making.