The start of the second week of the Glasgow Climate Change Conference marked a shift to a more political phase of the conference. Ministers arrived, former US President Barack Obama drew a crowd, and negotiations continued.

IFAD pavilion events continued with an event on addressing the triple burden of climate change, conflict and malnutrition to improve prospects for peace, led by WFP. This event discussed how organisations working at the nexus between climate resilience, food systems and conflict prevention can contribute to food security, climate resilience and peace – to help fragile states achieve the SDGs. We were joined virtually by the Princess of Jordan and in person by Irish International Development Minister Colm Brophy and members of multiple development partners.

We also heard from small-scale farmers and producers and their thoughts on climate change and its impacts. Through a partnership with Farm Radio International rural voices were amplified through a series of on-air dialogues. The event gave small-holder producers a platform to share concerns and solutions with global decision makers on issues relevant to their rural communities. 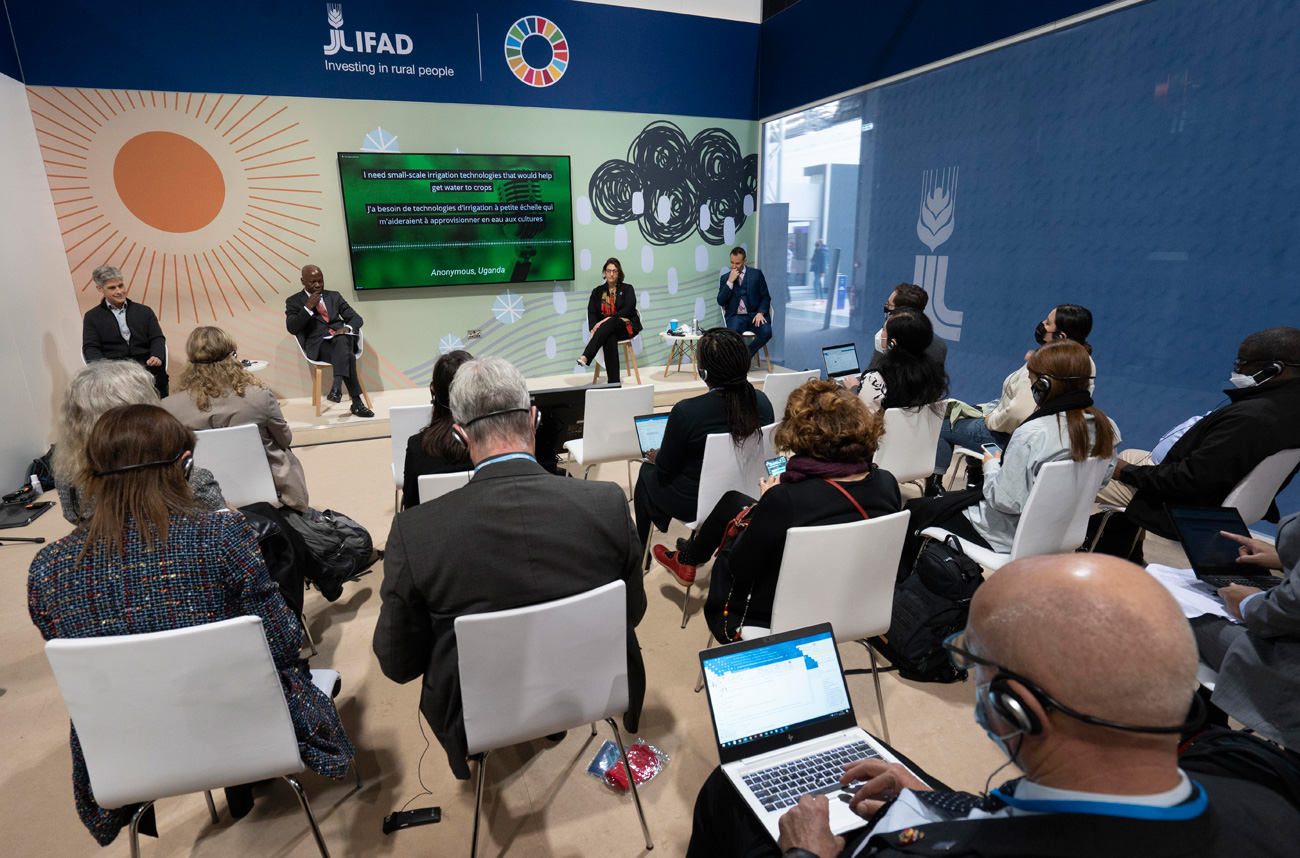 A new US$143 million investment programme will ensure millions of the most at-risk rural people living in the Sahel region of West Africa can adapt to climate change, with a wide-reaching plan to restore degraded land and provide climate information systems and agricultural insurance. The announcement was made this week COP26 during a signing ceremony of the grant agreement between IFAD and the Green Climate Fund (GCF).

Sweden today signalled its strong commitment to help some of the world’s poorest small-scale farmers to adapt to climate change, by pledging SEK100 million (nearly US$11.7 million) to IFAD. The commitment, made through Sweden’s Ministry of Foreign Affairs, ay COP26 will direct funding to the Enhanced Adaptation for Smallholder Agriculture Programme (ASAP+), a climate financing mechanism launched by IFAD in January. It is envisioned to be the largest fund dedicated to channelling climate finance to small-scale producers to help them adapt to climate change and combat hunger and malnutrition.

Coming up this week