The West and Central Africa region has made impressive gains in recent decades, but still has a long way to go in terms of rural transformation.

Economic growth has been slow over the past few years. GDP grew by an average of only 1.6 per cent in the region in 2015. On average, agriculture accounts for 30 per cent of economic activity and employs 60 per cent of the workforce.

Rural poverty is widespread and concentrated among women and young people. Three quarters of the region’s population is under the age of 35. In rural areas, young people are mostly landless, marginally employed, and suffer from poor working conditions and exploitation.

So far, the region’s economies have been unable to absorb this potential windfall of energetic and creative young workers. As a result, young people are abandoning agriculture and rural areas in search of better lives in cities or abroad.

The main brakes on rural transformation include insecure land tenure, a lack of basic infrastructure, inadequate credit and insurance, and ethnic and gender disparities.

What many countries in the region really need are more well-organized markets, and reliable connections among them. Different types of investments are necessary to accelerate the shift from subsistence agriculture to market-based production.

This shift has the potential to increase incomes while improving food security for both farmers and people living in growing towns and cities.

IFAD has been working for almost four decades to enhance rural output in the region. By the end of 2016, we were running 41 ongoing programmes in partnership with 23 governments in the region, and had invested a total of US$1.2 million.

Our current priorities are to strengthen the value chains that link producers and their organizations to markets and consumers, and to create a virtuous upward spiral by helping farmers to sell more and earn more.

In response to the enormous challenges facing young women and men living in rural areas in the region, IFAD is supporting numerous initiatives to provide training, encourage entrepreneurship, and boost the creation of decent jobs both on and off the farm.

Our breadth of experience, in terms of climatic and soil conditions, social organization and market development, makes us the partner of choice for governments, NGOs and local groups keen to achieve long-lasting rural transformation.

Approximately 500 million people live in West and Central Africa, with the majority living in rural areas as smallholder farmers.

Finding work for the growing numbers of young people in rural areas is a priority in West and Central Africa. In Senegal, for example, 47 per cent of the population is under 15 years of age.

In Burkina Faso, Guinea, Guinea-Bissau, Mali and Niger, 80 to 90 per cent of the working-age population lives and works on family farms, where yields and returns are significantly below their potential. 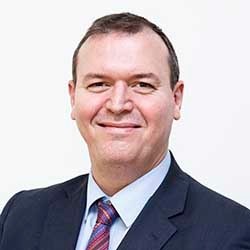 Projections indicate that Africa will remain predominantly rural until about 2035. Rural poverty remains deep and widespread, concentrated among young people and women in the region.

February 2020 - NEWS
IFAD today announced support for a new project to increase incomes, improve food and nutrition security and build the resilience of at least 34,800 rural farmers of Sao Tome and Principe, an island country highly affected by climate change.

February 2020 - NEWS
Against a backdrop of an escalating security crisis where 4.3 million women, men and children are at risk of increased food insecurity and starvation in Mali, Ibrahim Boubacar Keïta, President of the Republic of Mali, launched an urgent call to the global community to combine efforts and show solidarity in order to eradicate hunger and poverty in the Sahel.

Sahel Crisis leaves millions on the brink of hunger

February 2020 - NEWS
Ibrahim Boubacar Keïta, President of the Republic of Mali will address journalists against a backdrop of a rapidly escalating crisis across the Sahel,immediately following the opening of the IFAD annual meeting of Member States on 11 February.
View More

February 2020
This study uses examples from the BRACED and ASAP programmes across sub-Saharan Africa, and reviews evidence on initiatives that invest in climate-resilient infrastructure to support smallholder farmer organisations and agri-businesses in the micro, small and medium enterprises (MSMEs) category, and, ultimately, foster inclusive and sustainable agricultural value chains.

December 2019
This paper reviews the narrative on rural youth and economic opportunities in Africa, using a set of policy documents from various African countries and regional and international organizations.