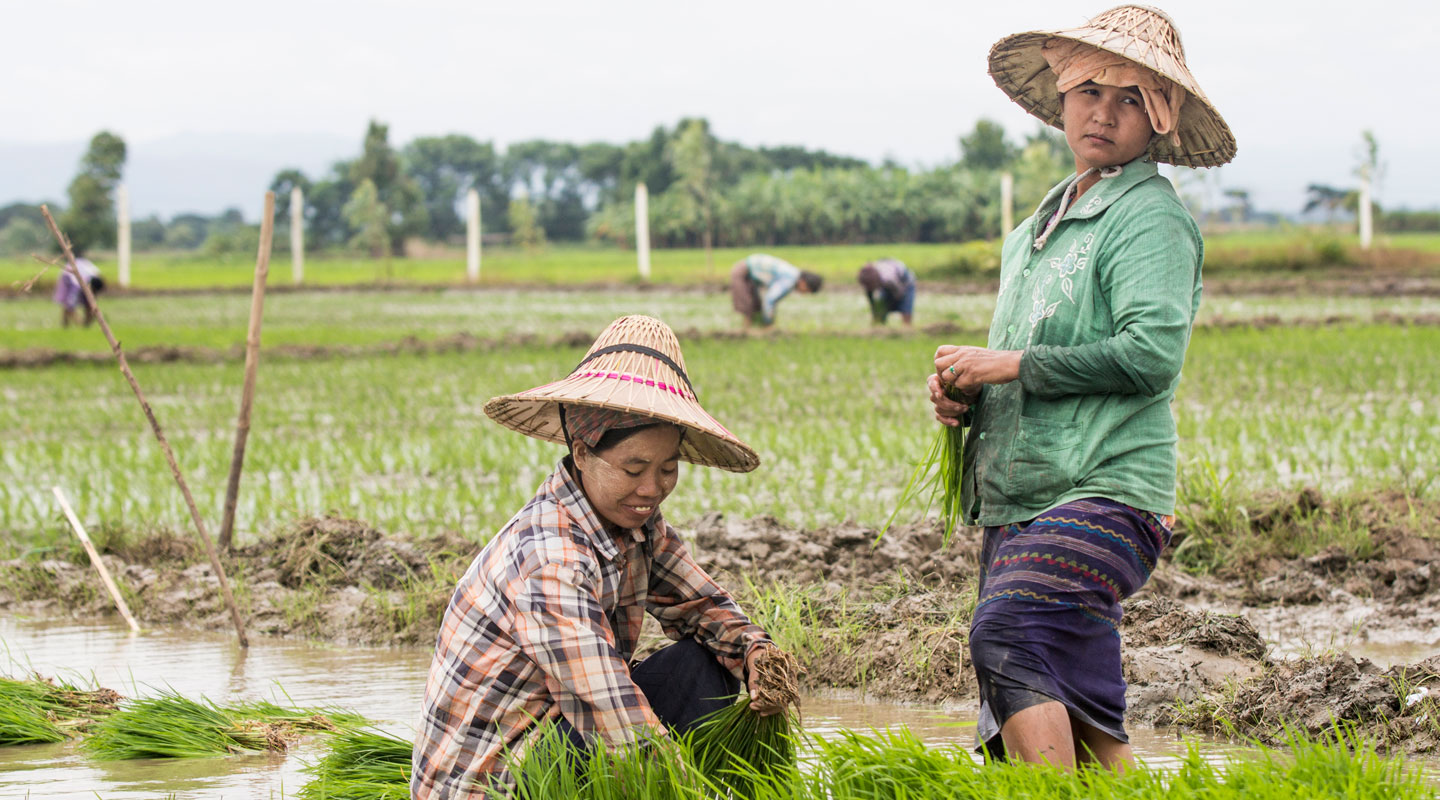 The health and economic impact of the COVID-19 pandemic are well known. As of today, an estimate 100 million people have contracted the virus worldwide, and over 2.2 million died from the disease. According to the International Monetary Fund, the global economy shrunk by 3.5 per cent last year. This represents the deepest global recession since the Second World War.

However, what is today still considered by many as primarily a health and economic crisis may soon become a long-term development crisis, if the world does not act promptly. The economic impacts of COVID-19 are likely to lead to an enduring increase in global poverty and food insecurity. The World Bank estimates that COVID-19 has pushed an additional 88 to 115 million people into extreme poverty last year. According to The State of Food Security and Nutrition in the World 2020 report, the pandemic may have added between 83 and 132 million people to the total number of undernourished in the world in 2020.

In this scenario, without assistance, low-income developing countries are the most vulnerable: they are already particularly vulnerable to external shocks, and they have limited resources and weak institutional capacity to support their economies in the face of a shock. Within these countries, rural communities are the most vulnerable, as they are often not covered by economic safety nets, and their livelihoods primarily depends on activities that have been significantly affected by the measures countries have implemented to contain the pandemic – e.g. remittances from migrant labour, production and sale of agricultural products.

Diseases do not respect borders, and the effects of a possible global food crisis will affect everyone without distinction. It is our joint responsibility to ensure that what begun as health crisis does not transform into a food crisis. It is vital to invest in rural areas, so that we can increase food production and create jobs and opportunities for millions of rural people whose livelihoods have been affected by the pandemic. Multilateral organizations, such as IFAD, have a key role to play to prevent and address such crisis.

In response to the food security crisis, especially in developing countries, what has IFAD done? What do you expect to achieve?

Since the beginning of the pandemic, IFAD has been working with governments, farmer organizations and other partners to sustain the progress achieved in the past decades in the fight against poverty and hunger in rural areas. IFAD has received requests for additional support in view of the impact of COVID-19 from two thirds of the countries where we work, in Africa, Asia, Latin America, and the Pacific. We have responded by repurposing ongoing investments, that is to say diverting existing project funding to finance activities that could provide an immediate response to the pandemic for our target group: smallholder farmers and poor rural households. Over US$100 million within our projects have been reallocated in such ways to help our beneficiaries to cope with the pandemic. However, this was not enough. We have also launched the Rural Poor Stimulus Facility, a multi-donor facility to improve the resilience of rural livelihoods in the context of the crisis, and we are already funding new initiatives to ensure farmers can access inputs, markets, liquidity and digital information they need to see them through the crisis. With the Facility, IFAD has invested an extra U$S46 million dollars supporting more than 1.6 million small-holder farmers in 49 countries to continue growing and selling food, getting access to finance, and receiving relevant production and marketing information on their mobile phones.

These measures have helped containing the immediate negative impact of COVID-19 on the rural population. IFAD will however continue to support long-term activities aimed at strengthening the production capacity and the capacity to better access markets of the rural population, and their resilience to the impacts of climate change – so to enhance their capacity to cope with and overcome other, unforeseen shocks in the future.

In order to achieve global food security goals, particularly in low-income developing countries, what the international community should do?

The poorest countries and the most vulnerable populations have been hit by the pandemic the hardest. The rise in food insecurity has been one of the most tangible consequences. The loss in incomes that followed the pandemic translated into a reduction of households’ expenditure on food consumption. Market and supply disruptions due to movement restrictions have also created local food shortages and higher prices, especially for perishable food. Global food prices, as measured by the World Bank food price index, rose 14% last year, while a survey conducted in 45 countries showed significant percentages of people reducing their food consumption.

The situation is worst in low-income developing countries. What is clear is that without external support, it will be difficult for these countries to recover, and the development goal of achieving zero hunger in the world by 2020 cannot be achieved. But what should the international community do? Provided that there is no one ‘quick-fix’ or ‘magic bullet’, I believe the following are the key priorities international community should promote.

First, avoiding protectionist measures, to prevent food shortages and the rise of food prices. Export bans and excessive food hoarding should be avoided, and regional cooperation should be promoted.

Second, enhancing and expanding social protection and safety nets, particularly among the most vulnerable segments of society. There are about two billion small famers, producers, rural workers and their families who represent a large proportion of the moderately to severely food insecure in the world. They were the most severely affected by the impact of the pandemic, and at most risk to fall or remain in a state of food insecurity. Social safety nets often represent the only means for these vulnerable households to cope with the immediate effects of a crisis.

Third, investing in building or strengthening the resilience of vulnerable groups to shocks.

Last, but not least, we need to ensure consistent targeting of the most vulnerable part of our societies, which is easily overlooked when issues are looked at from a macroeconomic perspective. It is also important to remember that responses need different timeframes: immediate short-term relief responses are necessary to deal with the immediate effects of food shortages or increased prices, but they must be accompanied by measures that aim at ensuring medium to long-term recovery, prevention and resilience.