The Ogiek are indigenous people who live in and around the Mau Forest on the south-western side of the Kenyan Rift Valley and in the forests around Mt. Elgon along Kenya’s north-western border with Uganda. The entire Ogiek belief system and livelihood relies on the forest and its resources, with honey being the most important product and a staple food for Ogiek families. Honey has always played a key role in various Ogiek cultural practices, is traded with neighbouring communities and was used to pay the dowry. In the past, Ogiek honey was so precious that only certain people could handle it. Traditional fermented beverages are also made from pure raw honey, used during social events and initiation ceremonies. 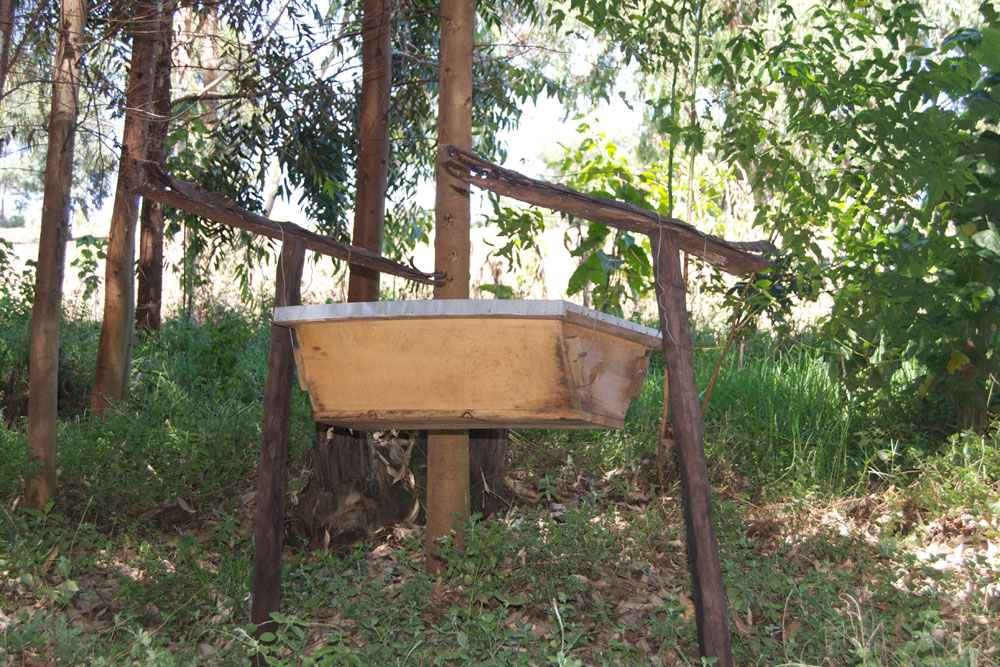 The Ogiek hung traditional hives from tall forest trees that the men climb using vines or with their bare hands, dry moss is burnt in the meanwhile to smoke the hives prior to harvesting the honey. This technique shows the great connection and symbiosis that Ogiek have established with both honey and the forest. Indeed, the Ogiek Honey Slow Food Presidium was launched in 2015 to protect the Mau Forest ecosystem, raise awareness on the challenges that this forest and its peoples are facing, and promote the value of the Ogiek people’s ancestral culture through honey. The Presidium is managed by Macodev (Mariashoni Community Development) cooperative, an Ogiek community-based organization that brings together 12 groups of beekeepers.

Within the framework of the Slow Food’s IFAD-funded project, the Presidium has been very active in the improvement of the honey value chain since 2018, (setting production volumes, differentiating the various types of honey, packaging, and marketing) as well as in the involvement of youth and women in the very Presidium and in wider Slow Food and Indigenous Terra Madre networks.

A pilot Participatory Guarantee System (PGS) initiative was launched to increase Presidia traceability and the level of quality guarantee according to Slow Food standards (good products, produced cleanly and fairly) of this indigenous Presidium a with the goal to promote “beekeeping” as a traditional indigenous peoples’ practice that might provide an alternative economic option for indigenous youth. The objectives of the PGS were to strengthen the Ogiek community, preserve and promote indigenous traditional techniques, guarantee the production process for high-quality honey, supply the market with guaranteed high-quality honey and preserve the environment and the forest, in particular.

The Ogiek community lived a very different life 20 years ago, compared to present times. The Ogiek people enjoyed a unique way of life inside the forest, in traditional houses, protecting the forest itself. We could be referred to as ‘Bee keepers and preservers of Mau Forest’. Which is to say that every member of the community practised bee keeping; families got honey for themselves and to barter it for other products from neighbouring communities such as ‘the Maasai people’ (we exchanged honey for animals like cattle, sheep and goats). My people used to build traditional log-beehives, and honey harvesting and collecting was traditionally considered a man’s activity. Honey was a staple food and had great symbolic value to us. We used honey to brew traditional beer (rotiikaap gomeek) too. Meat was another traditional source of food for us. We hunted and trapped wild animals e.g hyrax and antelopes, using tools such as clubs, spears, bows and arrows. The father was the head of the family and was involved in all major decisions concerning his family. The mother assumed authority in the absence of the father.. On the other hand, the man’s duty was to provide food, leadership, protect his family and teach the boy child about specific man’s dutiesin our society such as hunting and bee keeping among others . A woman’s place was at home. Her duty was to bear children and look after her home, which meant collecting firewood, fetching water, and cooking the food that her husband brought home. On the other hand, women, carried the traditional log hives to the forest and took the harvested honey home and also made the leather bags to collect honey from the hives. Few people from my community attended school back then. and fewer girls than boys. Girls were married off very young. generally from 14 years of age. We believed in one Supreme Being (Tororet) and offered prayers seeking help and good fortune from Him. As a consequence, there were no churches in the forest, except for the caves where rituals used to take place.

What is the most important change or changes for the community that this project has brought? 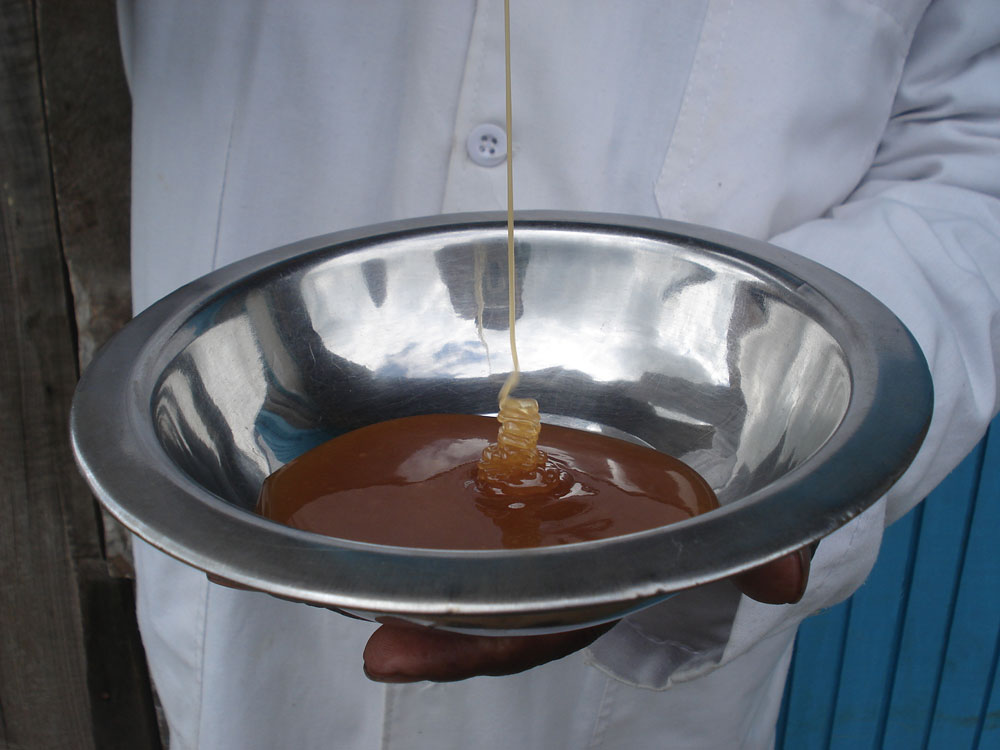 There is a good number of changes that have occured, thanks to IFAD project. Although Slow Food PGS (Participatory Gurantee System) is not official yet, during the data collection exercise, non-members happened to listen to the questions and answers and got interested, some even joined the groups near them, eventually. This clearly showed that, once PGS is established, it will strengthen the Presidium and give further credit to MACODEV and raise its profile, to become a more attractive driver of income generation within the community. Secondly, the number of groups and members, especially women and youth, increased too, thanks to Ogiek honey presidium . This was achieved through MACODEV mobilization and the new members’ awareness that being a groups is key (members in groups benefit more than those not in groups).

Having more groups and members also means a stronger CBO and with time, honey quality will also improve, hence more sales. The community has seen economic empowerment especially with the involvement of youth and women. This process developed and was finally internalized through trainings, exchanges and events/workshops prepared and organized by Slow Food Kenya. Thirdly, women have easier access to modern beehives, now located in the farms where control and management are easier. Taboos about women harvesting from modern hives seem to be less oppressive now, opening the way for women to venture more in bee keeping. Additionally, capacity development activities, carried out by Slow Food and through Baraka Agricultural College, addressed various aspects of beehive management, including modern beehive construction techniques for eight young Ogiek beekeepers.